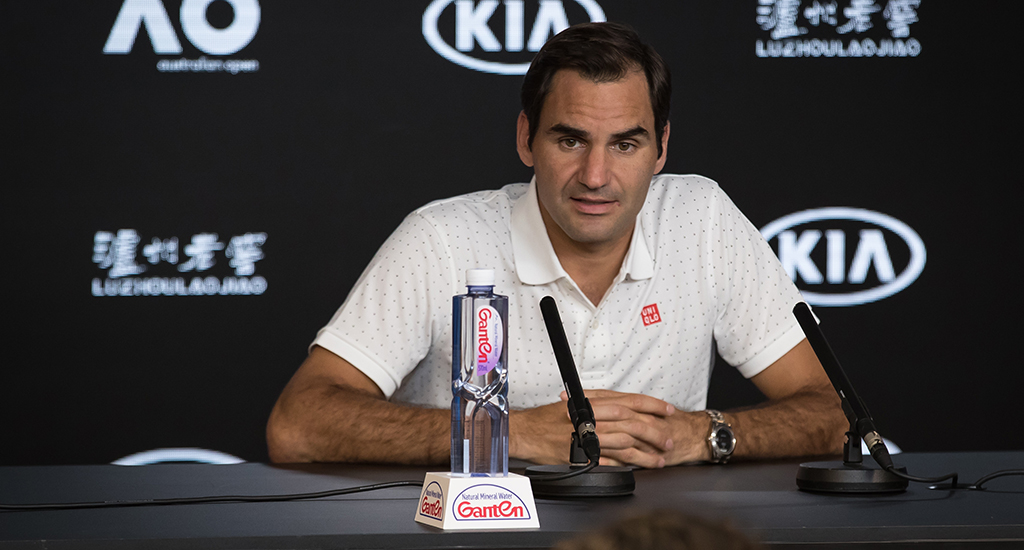 Roger Federer has hailed upcoming opponent John Millman as he prepares for an Australian Open battle.

The duo met at the US Open in 2018, with Millman scoring a shock victory over a heat-exhausted Federer, despite losing the first two sets.

Federer spoke of his respect for Millman before that one, and he was just as generous with his praise in Melbourne too.

“What a great guy,” Federer said of the Australian after his second round rout over Filip Krajinovic. “I practice a lot with him.

“I almost passed out when I played him in New York it was so hot.

“He had no problem, he is from Queensland. He never came to check on me when I almost passed out actually.

RELATED: ‘It wasn’t fair’ – Roger Federer admits he had unfair advantage after cruising through at Australian Open

“He is a super good guy and unbelievably tough opponent. There is not many guys fitter than him out there.

“He gets absolutely the most out of the game, there is going to be some great rallies and I hope you guys enjoy it.

“I’m very happy, it’s a great start to the season, I’m feeling really relaxed out on court. You train hard and you hope it pays off.”