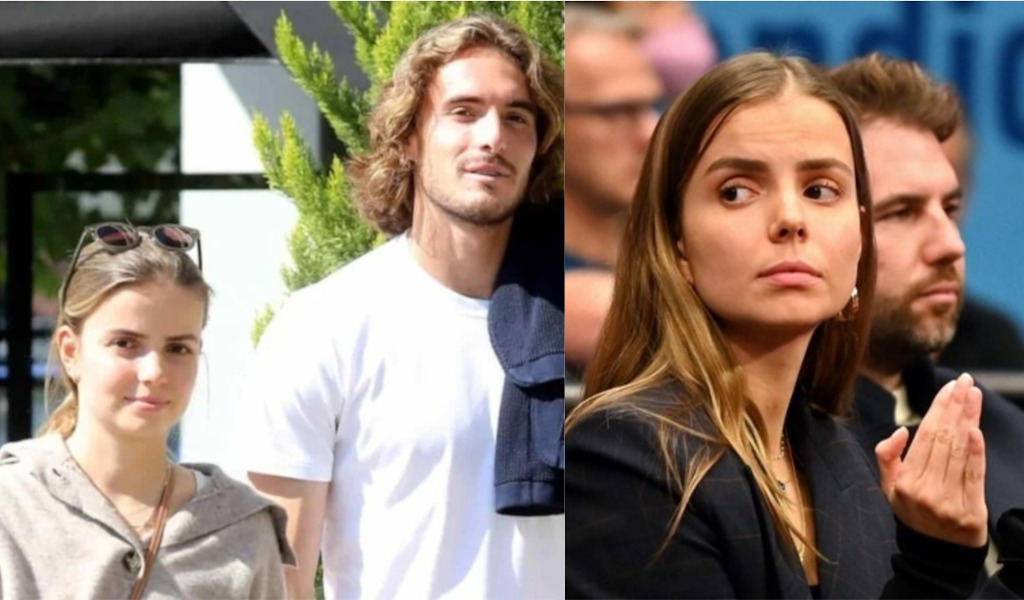 Greek star Stefanos Tsitsipas has enjoyed a meteoric rise to the top ten of the ATP Rankings and while we see a lot of him week in and out his girlfriend Theodora Petalas shuns the spotlight.

Petalas may not seek the limelight herself but is in the business of helping others stand out.

Petalas previously worked as a junior strategist for branding and marketing agency Outfly in London while she has also previously lived and worked in New York.

She was a Global Communications and PR Intern for fashion designer Oscar de la Renta.

Petalas then went on to work for hospitality management group Habitas as a Marketing and Membership manager between 2017 and 2018.

Born in Greece, Petalas is something of a global citizen having attained her A levels at London’s Queen’s Gate School before going on to complete her University education in the United States.

She graduated with from NYU in 2017 with a Bachelor of Arts degree in history with minors in French and Business.

Petalas studied further at NYU, achieving a Master of science (MSc) in Project Management and Technology.

The details of how the striking young couple met haven’t been fully revealed to the public but it is understood they were introduced to each other through family and first met in New York.

Stefanos describes Theodora as his best friend, while admitting that his life of travel means they have to conduct a long distance relationship.

Petalas will often jet out to wherever Tsitsipas is playing to support him and spend a little time together.

“It’s a little difficult for us, because she lives in London. But thankfully it hasn’t brought us to extremes. She comes to some tournaments to support me and so we can spend some time together. She is my best friend… We talk every day, for two or three years now,” Tsitsipas said as per Marie Claire.

Petalas also enjoys her tennis and the couple have been known to take to the court together when afforded the opportunity.

“When I play with her, it is my favourite moment on the court,” he said, “It brings a huge smile to my face.”

Petalas does not maintain her own public facing social media profiles but she does feature heavily on Stefanos Tsistipas’ Instagram account.