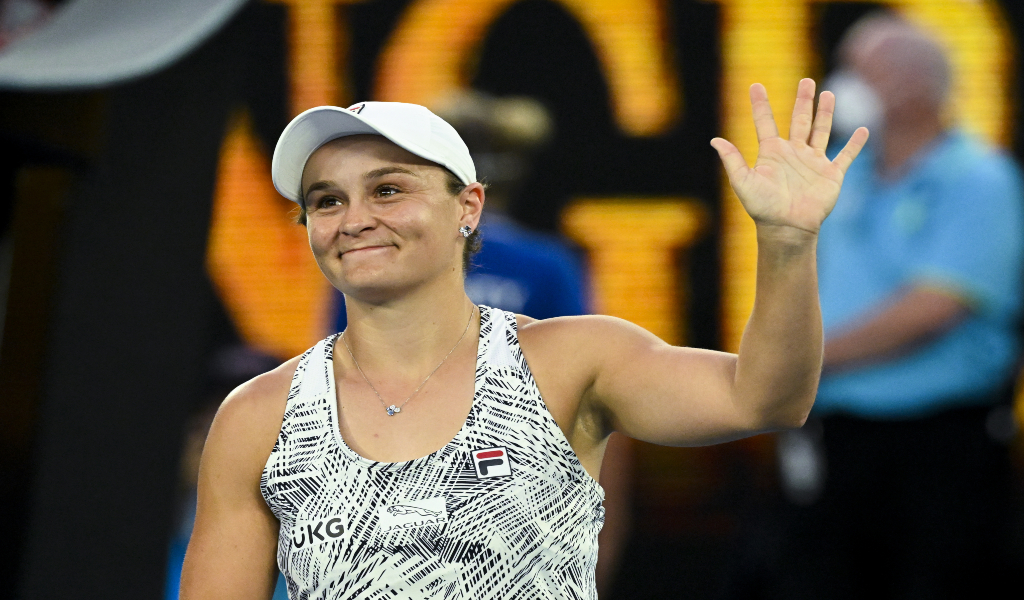 World No 1 Ashleigh Barty has progressed to the quarter-finals of the Australian Open – a big step towards her hope of winning the title on home soil for the first time.

Barty took on Amanda Anisimova from America, who pulled off an upset in her previous round by beating defending champion Naomi Osaka who will subsequently take a hit in the rankings, and claimed a 6-4, 6-3 win to secure her place in the next round.

But it wasn’t a complete success for the home favourite, she saw her amazing run of 63 consecutive service holds end when she was broken in the second set, however this wasn’t too much of a concern as Barty went on to win six of the next seven games.

The Aussie didn’t allow Anisimova to play like she did against Osaka as she made full use of her backhand and kept putting the ball into the corners which ultimately helped her book a place in the quarter-finals for the fourth year on the bounce.

Barty will take on American Jessica Pegula in the next round who beat Maria Sakkari 7-6 (0), 6-3 to secure her quarter-final place for the second year in a row – but the Australian 25-year-old failed to remember that she’d competitively played Pegula when asked by Jim Courier in her post-match interview.

“Jess was on fire today, able to really control the baseline,” she said.

“I think she did a really good job of fighting out some tough games, so it will be another awesome match up.

“I’m not sure if I’ve played her before, but we’ve definitely practised together before.”

When Courier responded: “You beat her in Roland Garros as well (as Amanda Anisimova) en route to that title,” Barty looked guilty and simply added “ah okay.”

Barbora Krejcikova and Madison Keys have also reached the quarter-finals and will play each other for a place in the semis.

Keys started the season brightly by winning the Adelaide International and then thrashing eighth seed Paula Badosa 6-3 6-1 earlier in the tournament at Melbourne Park.

It’s performances like this which made the American a favourite to win a Grand Slam, but this is just her first quarter-final at a major competition since the French Open three years ago.

“I think it’s obviously easy to say it now, that as long as you keep doing the right things, things will work out and all of that,” 26-year-old Keys said.

“I felt like I was doing a lot of the right things last year, I was doing my best, and it just wasn’t happening.

“Tennis can change in a week, just knowing that it will eventually get better, you just kind of have to hold onto that.”

Keys and Krejcikova, who beat her Belarussian opponent Victoria Azarenka 6-2, 6-2 in the previous round, will play their quarter-final match on Tuesday.