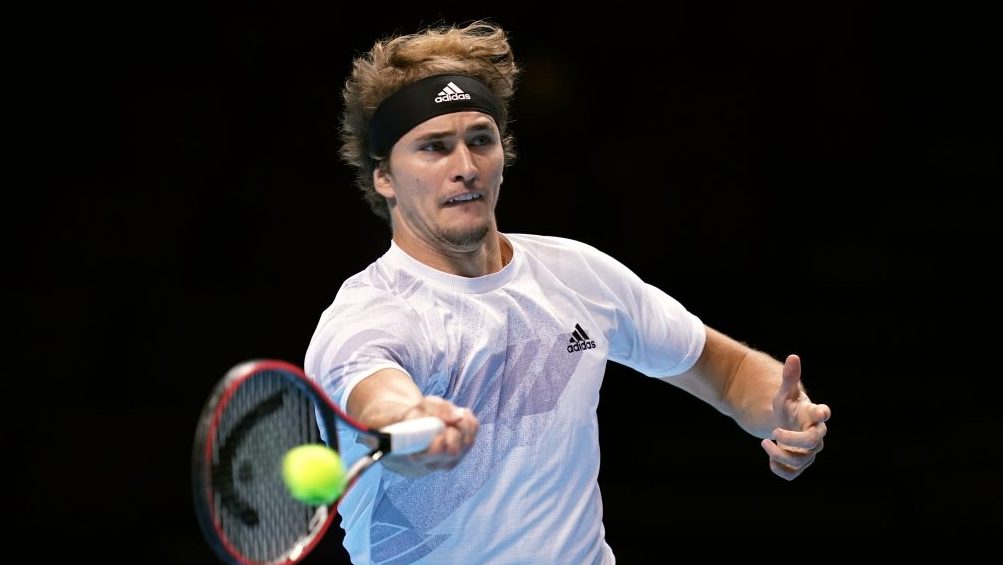 Alexander Zverev came within a couple of shot of landing his first Grand Slam title at the US Open last year and now German legend Boris Becker is backing him to go one better this year.

Zverev was beaten in a dramatic final set tie-break against Dominic Thiem when he had chances to win his first major title at Flushing Meadow’s, yet Becker believes the 23-year-old will grow from his experiences in recent months.

A legal battle with his former agent was one distracting factor for Zverev last year, while he was also accused of domestic abuse by former girlfriend Olya Sharypova.

It added up to a troubling few months for the world No 7, but Becker is convinced he can bounce back to form after confirming the team around him will be dominated by members of his own family from now on following his decision to part ways with Roger Federer’s management company.

“A lot happened last year for Sascha Zverev – in terms of sports and in his private life,” Becker told Eurosport. “In sporting terms, it was perhaps his best, in his private life perhaps the most difficult. That’s called life, growing up. I think it’s a shame that Ferrer is no longer coaching him. The two seem to have found good chemistry, as shown by their successes on the court.

“Mischa Zverev (Alexander’s brother) will play a bigger role. He knows his brother inside out, was a world-class pro himself. You start from zero and that has to be the expectation. You have to find yourself again in this new sporting environment. Tennis starts at 0-0 and that’s how I see it with him.”

Becker is looking to Zverev to shine in the upcoming season, starting with the Australian Open in Melbourne that gets underway on February 8th.

“I’ve been mentoring him for the last couple of years as part of my job as the head of German tennis, I’m not surprised by his developments,” added Becker.

“I’m just surprised that so many so-called experts always said that he never had a chance to win a grand slam, maybe they will bite their tongues now.  David Ferrer is an excellent choice, he’s one of the all-time great players in the sense of attitude and being a professional maybe it’s already the first sign of success with this new combination.

“He’s still a very young player and he will develop and mature nicely, and he will have a number of chances to win in grand slams and I think every Grand Slam he’ll play now he is good to go.”