City guide: Things to do while at Wimbledon

Planning to attend the third tennis Grand Slam of the year? Tennis365 explores some highlights in the Wimbledon area.

Things to do:
In case you didn’t know, Wimbledon is in South West London, hence the SW19 moniker. Since you are in the area and clearly like a bit of tennis, then give the Wimbledon Lawn Tennis Museum a go. There are plenty of exhibits, tennis memorabilia galore and state-of-the-art touch screens. Not to forget a Virtual Reality experience of the facility.

Looking for a good laugh, then head to Tunnel 267, which hosts two comedy nights per week. Or for something a little different, tackle the Mystery Cube and see if you can discover the Cube’s inner secret before finding your way out.

Where to eat:
If you like Indian food and wouldn’t mind catching a glimpse of one or two tennis players outside the court, then give Rajdoot a go. It is in High Street, Wimbledon. The Ivy Café in Wimbledon Village is another one that is good for celeb spotting.

Into your speciality coffee or looking for a light meal and a slice of cake? Try Saucer & Cup, which is on Arthur Road. And yes, they do gluten, wheat & dairy free cakes as well.

There is also Holy Smoke, which is top-rated on TripAdvisor, as well as CAU Wimbledon for those who like their Argentinean steaks and wine. 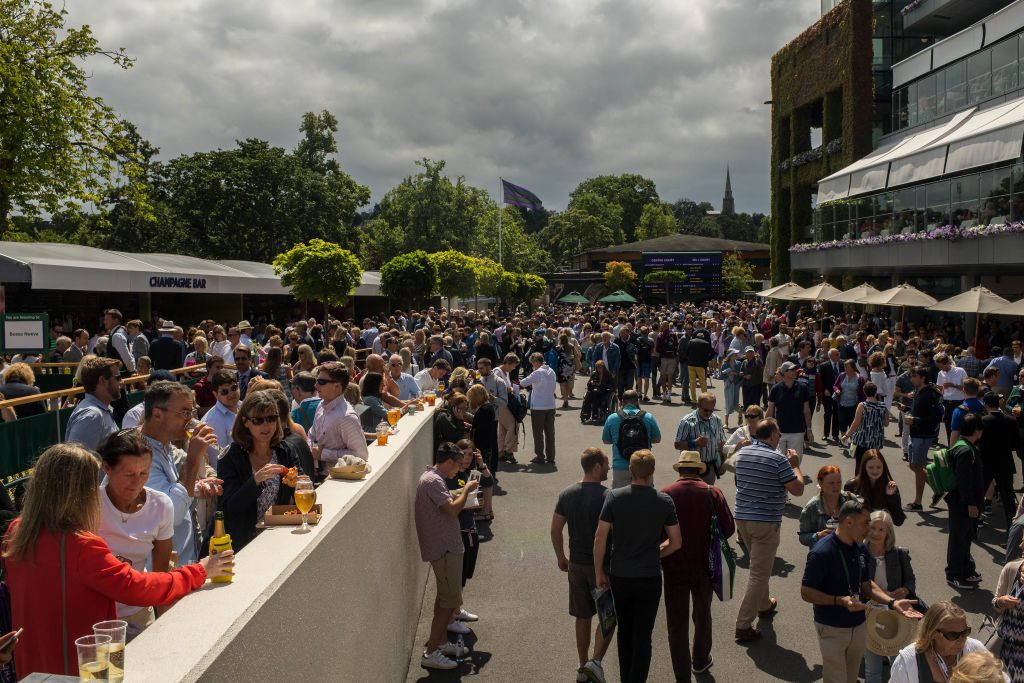 Once at Southfields you can either walk to Wimbledon Park, which is five minutes away, or head to the Grounds, which will add another 10 minutes to your walk.

If you came via Wimbledon, then there is either a shuttle service to the Grounds, but be warned it is not free.

Alternatively you can take the bus and the only route that goes straight to The All England Club is the 493 between Richmond and Tooting.

Then there are the London General busses that run from Marble Arch and Victoria to the Championships every 30 minutes while trams operate to Wimbledon from East Croydon.

There are also the taxi and Uber options.

Nightlife after the day’s play:
Hemingways, on the Wimbledon High Street, is an award-winning cocktail and champagne bar. If you sign up for their monthly newsletter, then you get a complimentary cocktail on your first visit.

Also give the Crack Comedy Club, The Alexandra, Hand in Hand, the Pod Bar or the Clapham Grand a go.