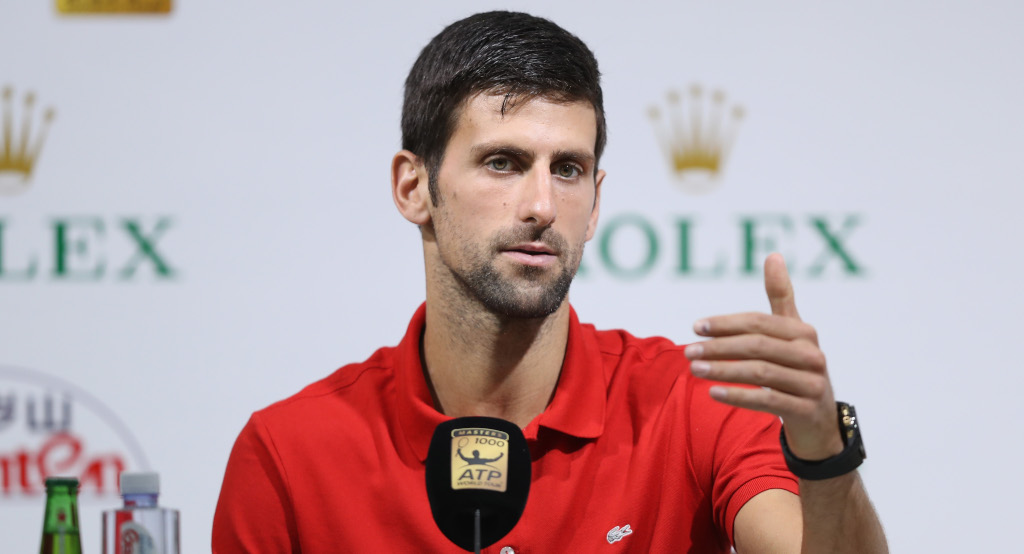 The ATP and International Tennis Federation (ITF) are still trying to figure out the best way forward for the revamped Davis Cup, according to Novak Djokovic.

The ITF confirmed sweeping changes for the Davis Cup earlier this year with the event transformed into a week-long team tournament with the first edition taking place in Madrid, Spain, in 2019.

The idea is the brainchild of Kosmos, the investment group founded by the Barcelona defender Gerard Pique, with the company set to pump $3billion into tennis as part of the deal.

However, the ATP Tour is also planning on introducing a World Team Cup over the next few years.

The likes of Djokovic and Roger Federer have already indicated that they are likely to skip the Davis Cup and will give preference to the ATP event.

Djokovic met with Pique in Shanghai over the weekend and, although he didn’t give away too much detail, he says they are working behind the scenes to find a solution.

“The meeting with Gerard went really well. Again, we are very honest to each other,” the 14-time Grand Slam winner said.

“Ever since the beginning of the whole process, he was quite honest and shared his opinion transparently with me, never was hiding anything, and same from my side.

“I’m not going to go into details, because I cannot. These are confidential information. But it’s nice that at least, you know, we’re talking and there is a dialogue also between ATP and ITF officials, which is important. Me, as president of player council, I feel responsibility, as well, to represent what’s best for the ATP players but also for the sport.

“So, you know, Davis Cup is historical, a traditional team competition with historical importance. Of course all of us, we want to try to work this out in the best possible way so we don’t need to change the course of the history.”