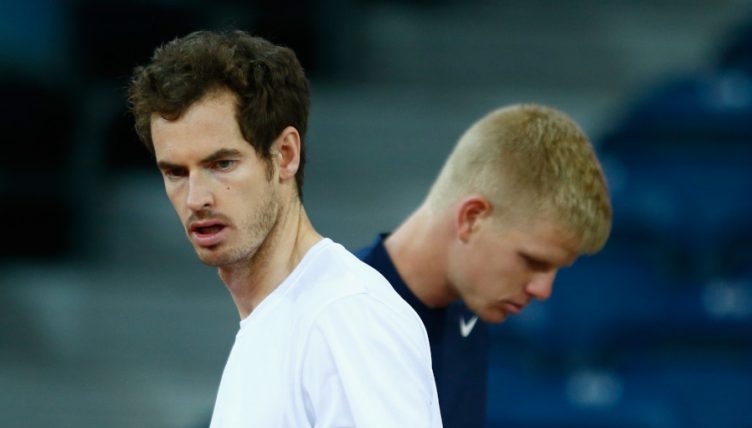 There were hopes that Murray, who only returned to action in June after nearly a year on the sidelines with a hip problem, would make his return as it is likely to be his last chance to play a Davis Cup fixture in Glasgow, Scotland.

However, the three-time Grand Slam winner has opted to sit it out as he will remain in the United States to continue his rehabilitation.

“It was a massive pull for him and that’s why he was really considering it but, after what he has gone through, it’s absolutely clear that he has to listen to the team around him. But I know it was not an easy decision,” captain Leon Smith told BBC Radio 5 live.

“He’s made really good progress from where he has been. But he’s just missed so much tennis. As much as I’m disappointed and I’d love to see him there, it is absolutely the right move.”

Edmund will also miss the tie as he is still feeling the effects of the illness that troubled him during his first-round defeat at the US Open last week.

Smith added: “Kyle is not in the physical condition he wants to be in.

“His body is deconditioned and it’s the right decision for him too.”

Cameron Norrie will lead the team and he will be joined by Dan Evans, Jay Clarke, Jamie Murray and Dominic Inglot.

Evans only returned to competitive tennis in April following his ban for testing positive for cocaine.

“History is in the past,” said Smith. “He’s playing well. It’s astonishing how quickly he’s moved up the rankings.

“He’s got good Davis Cup experience and indoor is a good surface for him so I don’t have any reservations about him at all.”

The World Group play-off tie will take place from September 14-17, but it will not decide promotion/relegation as the Davis Cup will switch to its new World Cup-style format in 2019.