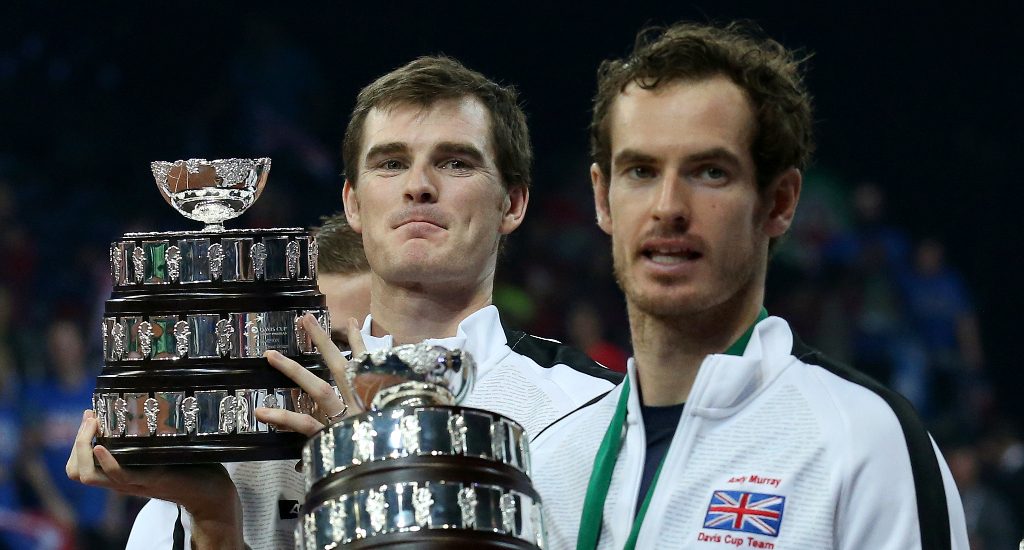 Andy Murray is not guaranteed to see singles action at the Davis Cup, says captain Leon Smith, although he is happy to admit the former world number one makes his team better.

Murray, ranked 126 in the world, is the lowest ranked player in the Great Britain team behind Dan Evans (42) and Kyle Edmund (69).

However, he has arguably had the better season of all three, despite fighting his way back from injury, having won titles in both singles and doubles competitions.

Smith, though, is playing his cards close to his chest, suggesting Murray may be used instead primarily as a doubles option.

“Any time you can bring Andy into the team is going to make your team better,” Smith told the press.

“He’s still working his way back to the level he wants to get to, so people have to keep the expectations of the right level of where he’s at just now.

“What he did in Antwerp was much talked about and a brilliant step forwards but you do have to remember this is early days in him coming back.

“We’ve got really good options. With Andy, with Evo (Evans), with Kyle, guys playing a very similar level – and with Jamie (Murray) and Neal (Skupski) we’ve got strong doubles options.”

Jamie Murray himself, though, seemed to hint that he and regular partner Skupski will be the preferred doubles option.

“It depends on how Andy’s feeling physically, what’s the best setup for the team on that day,” Jamie Murray said.

“But Neal and I have practised all week and we’re ready to play if called upon and I hope we’ll do a good job for the team.”