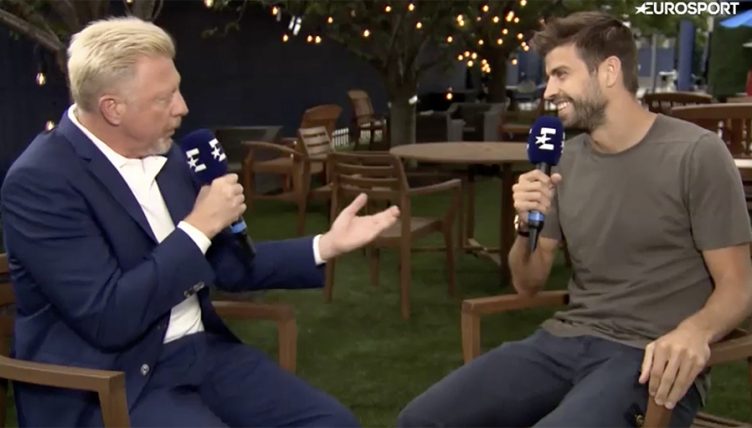 Barcelona defender Gerard Pique has given some insight into his controversial plans to revamp the Davis Cup, with the competition set to unveil a new look when it gets underway in Madrid in November.

The historic team event has been givens a big shake-up after Pique led an ambitious project to change the face of the competition, with traditionalists voicing strong objections to an event that will see 16 teams competing over between November 18th and 24th in the Spanish capital.

Several star names have expressed concerns over the timing of the revamped Davis Cup competition at a time when the ATP are also launching a team event in Australia in January, but world No.1 Novak Djokovic and No.2 Rafael Nadal have confirmed they will play in Madrid later this year and Pique believes their presence will give the event real purpose.

“I know the meaning of the Davis Cup to the tennis world. How important and how historic the competition is so to make a change like this everyone will always express their opinion – and there are good and bad opinions,” Pique told Eurosport, in an interview with two-time Davis Cup winner Boris Becker.

“Our job, from the beginning when the ITF approved the change of the format, was to convince people who weren’t convinced of our changes. I think we did a great job and now most people believe this is the way to go.

“We have been focusing on the players basically because at the end of the day they are the big stars if this sport. To have their presence in the Davis Cup is great news.

“The likes of Novak announced he was playing in Madrid in November, and Rafa Nadal who also confirmed he would be playing, is great news for the event and I hope we can enjoy a great event. Davis Cup has to be where it belongs again.”

Pique also revealed he has spoken to former Davis Cup winner Roger Federer about competing in the Davis Cup in 2020, even though he will be 39 by the time the competition is staged.

“Switzerland didn’t qualify for November, so even if Roger Federer wanted to play he couldn’t,” he added. “This is why we are talking with Roger and our main objective now is to see if he can play in 2020 if Switzerland qualifies and he can join us and play Davis Cup.

“This would be great news, but right now as you can understand we are really focused on this event for this year because it will be the first time and want everything to be perfect. Roger is the best player in the history of this sport and he has won 20 Grand Slams.”

Eurosport are covering the US Open with a stellar line up of analysts that includes Boris Becker and Mats Wilander.