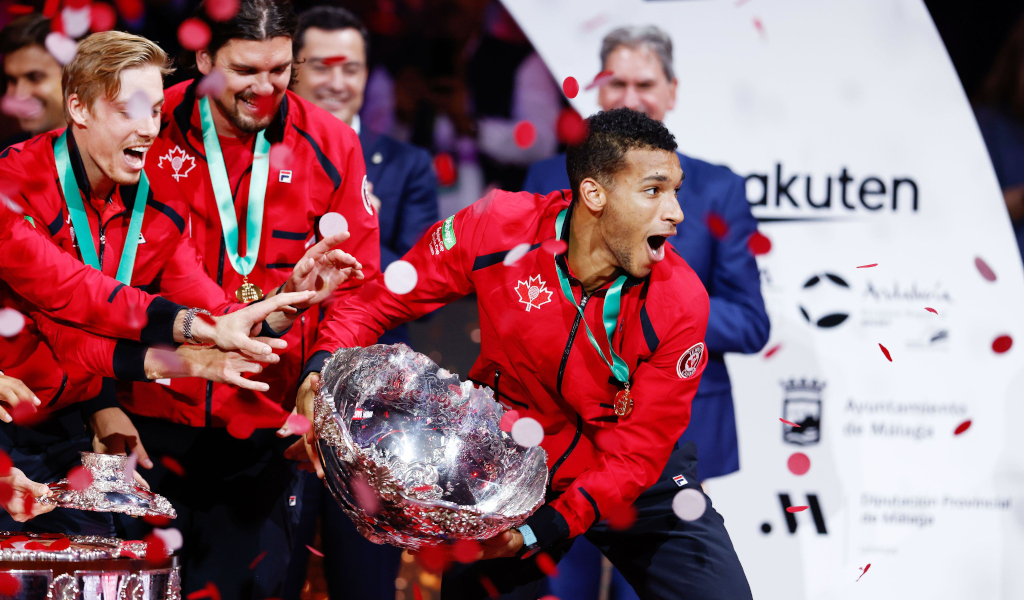 Australian tennis great Todd Woodbridge has lashed out at the International Tennis Federation (ITF) following Canada’s Davis Cup win, saying they “shouldn’t have even been in the final”.

The North American country won their maiden title in the tournament’s 109-year history after they defeated Australia 2-0 in the final in Malaga, Spain, on Sunday.

However, it is their qualification for the group stage that has Woodbridge fuming.

Canada failed to qualify for the Finals after they lost their qualifying round 4-0 against the Netherlands in March, but defending champion’s Russia’s suspension from the tournament opened up a spot and the ITF handed them a wildcard.

Back in March Woodbridge voiced his unhappiness on Twitter, writing: “What an utter disgrace. Canada has lost this year, but given a second chance wildcard. This is a new low for our sport. Just can’t fathom how far this great competition has sunk.”

Following their unexpected wildcard, Canada finished second in the group stage in September to qualify for the knockout phase and then beat Germany and Italy en route to the final before blowing Australia away.

And 16-time Grand Slam men’s doubles winner Woodbridge again didn’t hold back after the Canadians won the title over the weekend.

“I’m going to sound like a sore loser, but I don’t really care,” he told 2GB’s Wide World of Sports radio.

“…Canada shouldn’t have even been in the final. They lost in April. They were given a second-chance wildcard to play in this event. You do not win the Davis Cup on a second chance; you have to try again next year.

“But they have a serious asterisk against their name, which is unfortunate. I probably assume that the ITF would have liked Australia to win the competition.

“If you’re going to change rules mid-year, it doesn’t hold the same values as it did once before.”

Woodbridge praised Australia captain Lleyton Hewitt and his team for doing things the “right way”, but called for change ahead of the 2023 tournament.

He continued: “To Lleyton and our boys: well done, you did it the right way, you fell just a little bit short.

“But to the rest of them: I hope they all go back in a boardroom and work out the rules properly for next year.”