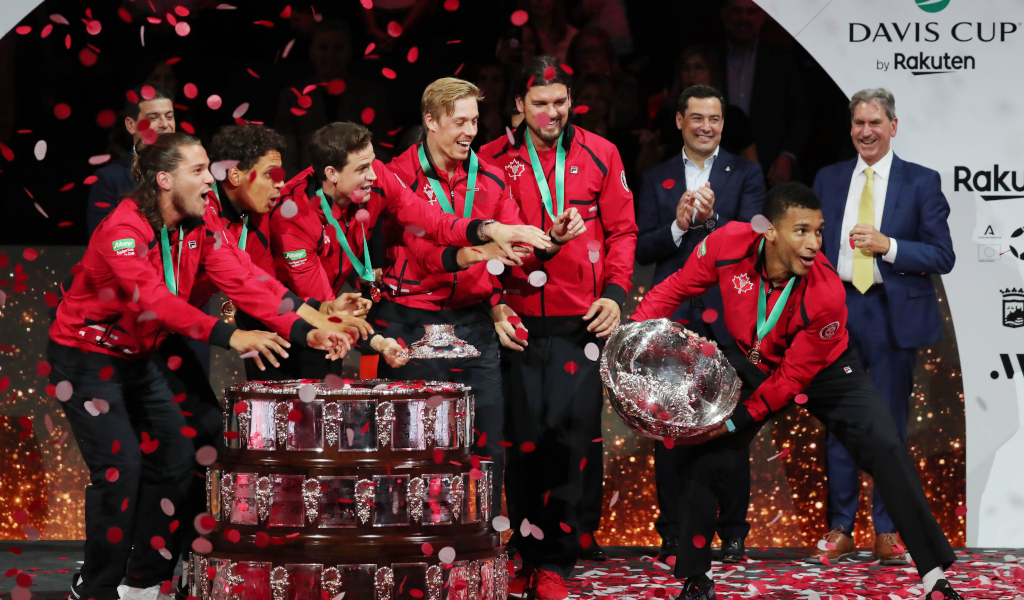 Canada’s maiden Davis Cup win ruffled a few feathers, especially Down Under, as they have been deemed unworthy winners, but lucky losers and wildcards have a long history in tennis.

The North Americans ended their long wait for the prestigious trophy when they defeated Australia 2-0 in the final in Malaga, Spain, on Sunday. However, some believe they “shouldn’t have even been in the final”.

Canada were eliminated from the 2022 Davis Cup when they suffered a 4-0 defeat at the hands of the Netherlands in the qualifying round back in March.

However, on the back of defending champions Russia’s suspension from the tournament following the invasion of the Ukraine, Canada were handed a lifeline as Serbia took Russia’s spot in the main draw while Frank Dancevic’s team were handed a wildcard.

And it was all above board as Canada were the highest-ranked losing nation at the 2022 qualifiers as they were No 6 in the rankings.

The Canadians went on to finish second behind Spain in the group stage of the tournament to reach the knockout phase in Malaga where they defeated Germany 2-1 in the quarter-final before seeing off Italy by the same scoreline to book their place in the final.

Cue celebrations from Canada, but there were a few “sore losers” from Down Under with Australian doubles great Todd Woodbridge stating: “Canada shouldn’t have even been in the final. They lost in April. They were given a second-chance wild card to play in this event. You do not win the Davis Cup on a second chance; you have to try again next year.

“But they have a serious asterisk against their name, which is unfortunate. I probably assume that the ITF would have liked Australia to win the competition.”

Yet, the 2022 International Tennis Federation’s Davis Cup regulations – issued before the start of the year – clearly state that if an eligible nation (read Russia) is not able to compete in the competition “then the Davis Cup Committee will select another nation to take its place”.

Wildcards and lucky losers have always been part of tennis and ATP Rule book states that a wildcard is a “a player accepted into the singles main draw or singles qualifying as determined by the tournament organiser and/or the sanctioning national association”, and you can replace player with nation when it comes to the Davis Cup.

Let’s not forget that Goran Ivanisevic won Wimbledon in 2001 after being handed a wildcard by the All England Club while Kim Clijsters won the 2009 US Open after also entering as a wildcard.

There have also been numerous title wins by lucky losers with Andrey Rublev (Croatia Open) and Leonardo Mayer (German Open) achieving the feat in the space of a week in July 2017.

To say that Canada don’t deserve the Davis Cup title is hogwash as the regulations made provision for wildcards before the tournament got underway at the start of the year.

And to “assume that the ITF would have liked Australia to win the competition” is an even bigger pile of nonsense as there was nothing underhand about Canada’s wildcard.

Canada are worthy 2022 Davis Cup winners as they (and the ITF) have done everything by the book and there was no reason why the ITF would have favoured Australia above them.