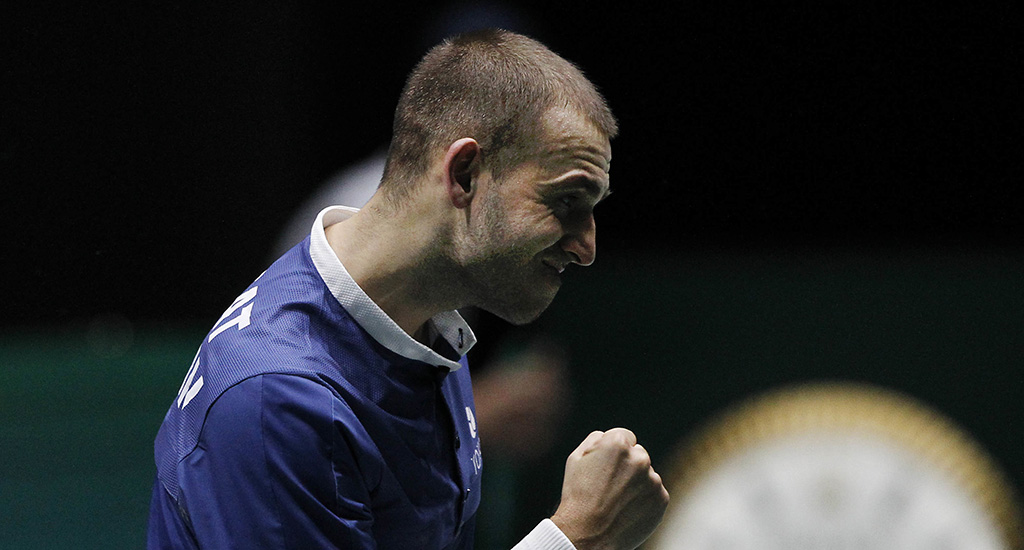 Dan Evans said he felt he was ‘letting his team down’ before coming up trumps to beat Jan-Lennard Struff at the Davis Cup.

Evans’ win enabled Britain to claim a 2-0 win over Germany and progress into the competition’s semi-finals, where they will meet Rafael Nadal and Spain.

Earlier in the day, Kyle Edmund had got GB off to a perfect start, powering to a 6-3, 7-5 win over Philipp Kohlschreiber, before Evans got the nod ahead of Andy Murray to play the second singles rubber.

“I lost some tough matches just lately. I felt like I had let the team down the last two days.

“So to come back and get it like that, it’s amazing. They supported me through everything. I am so happy for them that we are through.

“I served great. I thought I played well the last two days but couldn’t get over the line. I didn’t feel great before the match, you are down, you are losing. Everyone in the team has kept me going, kept me positive.”

Evans’ success was also a triumph for captain Leon Smith, who kept faith with his number one player despite recent defeats.

“He was feeling down, he stepped up today and I am absolutely thrilled for him,” said the Scot.

“Boy, he stepped up today. He loves playing the Davis Cup and that reaction at the end I will savour forever.”