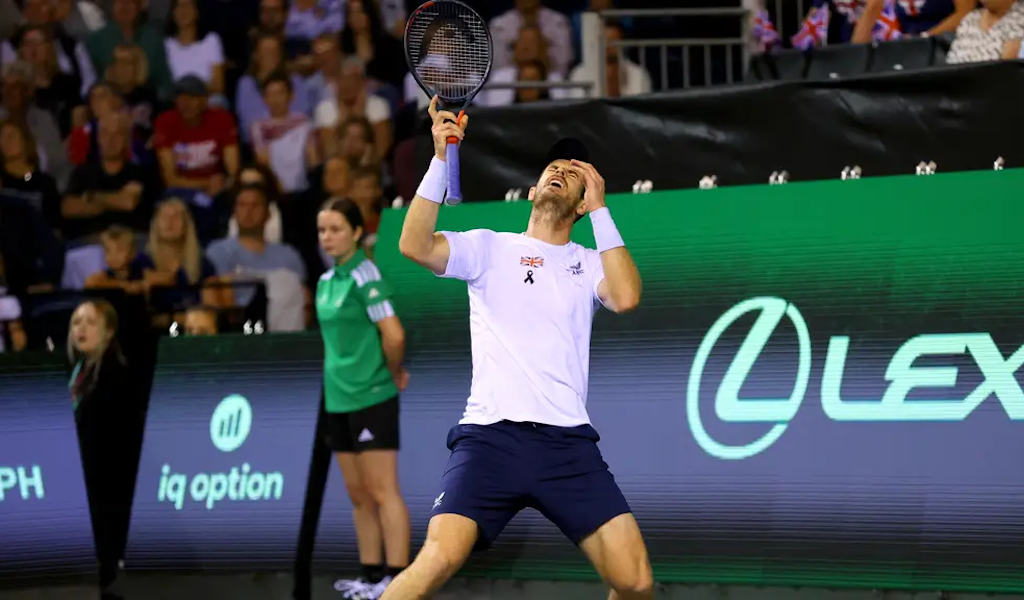 Andy Murray was unable to be the hometown hero again as Great Britain fell to an agonising late-night defeat against the USA in their Davis Cup tie in Glasgow.

Defeat for Dan Evans against Tommy Paul and Cameron Norrie’s near-miraculous victory over Taylor Fritz had set the stage for a deciding doubles starting after 10pm at the Emirates Arena.

Captain Leon Smith picked Murray alongside world doubles No 1 Joe Salisbury for the clash against Jack Sock and Rajeev Ram – with whom Salisbury won the US Open only five days ago.

Murray and Salisbury looked to be in control leading by a set and a break but the American duo fought back strongly and eventually clinched a 5-7, 6-4, 7-5 victory at 12.58am.

That earned USA a 2-1 victory and means they are in pole position to top the group, while Britain will likely need to beat the Netherlands on Friday and Kazakhstan on Sunday to book their place at the final eight shootout in Malaga in November.

A sizeable crowd did stay until the end but a start time of 4pm always seemed risky and, with the last trains long having departed, many fans had to leave.

For the first half of the tie, a USA win at a civilised time looked the likely outcome, with Evans edged out 6-4, 4-6, 6-4 by Paul and Norrie making a slow start against Fritz.

Norrie, ranked eighth to Fritz’s 12th, was hanging on by his fingernails in the second set but he forced a tie-break, took his opportunity and served out a 2-6, 7-6 (7-2), 7-5 victory at the second attempt, punching the air in celebration.

Norrie, whose Glasgow-raised father David was among the crowd, said: “It was a great match. I obviously didn’t start off the best. Taylor played really well. I don’t think I came out too sharp. He took advantage of that.

“I think the more the pressure, the more I was backed into a corner, the better I actually played today.”

A sombre start to the tie reflected the period of national mourning following the Queen’s death, with the usual music replaced by a lone piper and a minute of silence before the national anthems, while the British players and support team wore black ribbons.

Music has been very much a part of the great Davis Cup atmospheres for previous matches at the Emirates Arena, including a crucial win over the USA to kick off Britain’s run to the title in 2015, and Evans felt the difference.

He said: “It was sombre at change of ends. Something was missing. That’s what it is at the minute.

“We’re very lucky to be playing. Thankfully the event was allowed to go on. We’re just doing the best out of what we can. It was still a good atmosphere, I still enjoyed it.”

Wednesday’s ties in the other groups all saw victories for the home teams, with Italy defeating last year’s finalists Croatia, Germany edging past France, and Spain, minus rested US Open champion Carlos Alcaraz, beating Serbia.

Novak Djokovic had been due to feature for Serbia but withdrew for personal reasons, while Rafael Nadal is sitting out this stage.