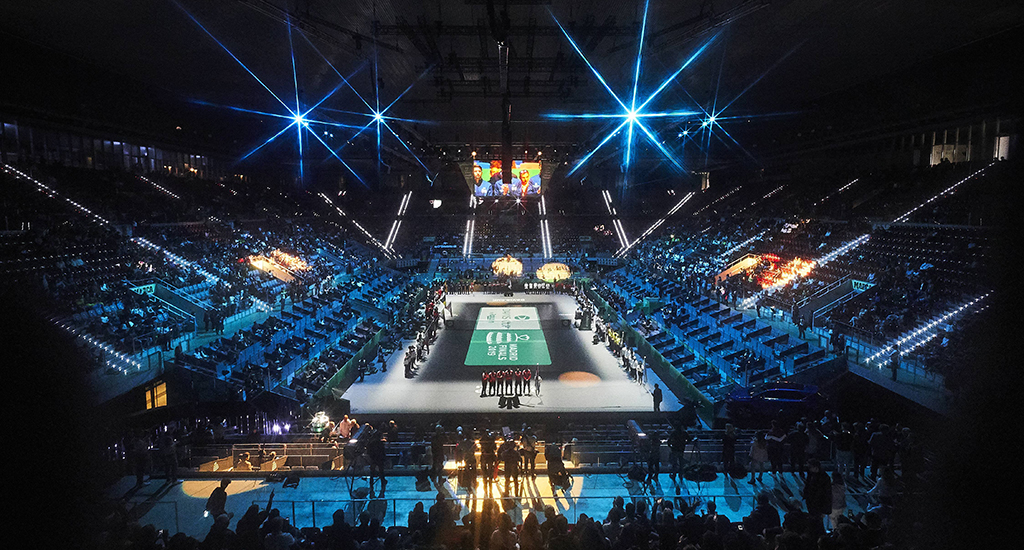 The new-look Davis Cup finals began with a few hiccups but no disasters in Madrid on Monday, with Canada and Belgium the big winners on day one.

After all the talk about the new format and the influence of Barcelona footballer Gerard Pique, who persuaded the International Tennis Federation to partner with him on the World Cup-style event, the first three ties were played at the Caja Magica.

Most of the scepticism has been about whether fans would travel to watch their countries at a neutral venue and whether the atmosphere could come anywhere close to matching the traditional home-and-away format.

The initial results were largely positive. The clash between Russia and Croatia on the largest court, which seats more than 12,000 spectators, felt a little flat but the stands were around half full and the Croatia fans, in particular, were noisy.

The tie on the second court, pitting Canada against Italy, was lively throughout, as was Belgium’s clash with Colombia, despite a significant number of empty seats.

A tweet from Belgium’s former French Open semi-finalist Filip Dewulf, who is now a journalist, about the sparse crowd was met with a pithy response from Pique.

French player Alize Cornet then bit back at the defender, saying: “Dear Gerard, I can see that you’ve never been to a REAL Davis Cup ! And that’s not it.”

The Madrid Open, which has long hosted a tour event at the same site in the spring, weighed in with a picture of full stands accompanied by the message: “NOTHING like this!” It was subsequently deleted.

It is understandable that Pique is touchy about criticism, particularly given the negativity with which his involvement has been met by many in tennis, but he would be better off staying out of such spats and hoping his product does the talking.

The Spaniard has spoken of wanting this week to be a show, and it began with a somewhat bizarre opening ceremony an hour and a half before the matches, for which the stands were understandably largely empty.

Rather less technological thought had gone into providing live scores on the tournament’s app and website, although they did eventually appear.

On court, Canada claimed top honours with an impressive victory over Italy.

The scores from day 1:

Despite being without their number two Felix Auger-Aliassime, who has been sidelined by injury, 150th-ranked Vasek Pospisil upset world number 12 Fabio Fognini 7-6 (5) 7-5 before Denis Shapovalov edged a very tight encounter against eighth-ranked Matteo Berrettini 7-6 (5) 6-7 (3) 7-6 (5).

Defending champions Croatia were severely weakened by the withdrawal of their number one Marin Cilic through injury and were beaten 3-0 by Spain.

Daniil Medvedev’s withdrawal on the eve of the tournament left Russia with only three players but Khachanov and Rublev teamed up to win the doubles 7-6 (3) 6-4 against Ivan Dodig and Nikola Mektic.

With hosts Spain the other team in their group and only two of the eight runners-up going through to the quarter-finals, all the teams are well aware that every rubber, set and even game could be vital.

Belgium have punched well above their weight in recent years and they beat Colombia 2-1, with singles victories for Steve Darcis and David Goffin before world number one doubles team Juan Sebastian Cabal and Robert Farah got the South Americans on the board.

Tuesday sees Spain contest a rare sold-out tie against Russia, while France, the USA and Australia also begin their campaigns.