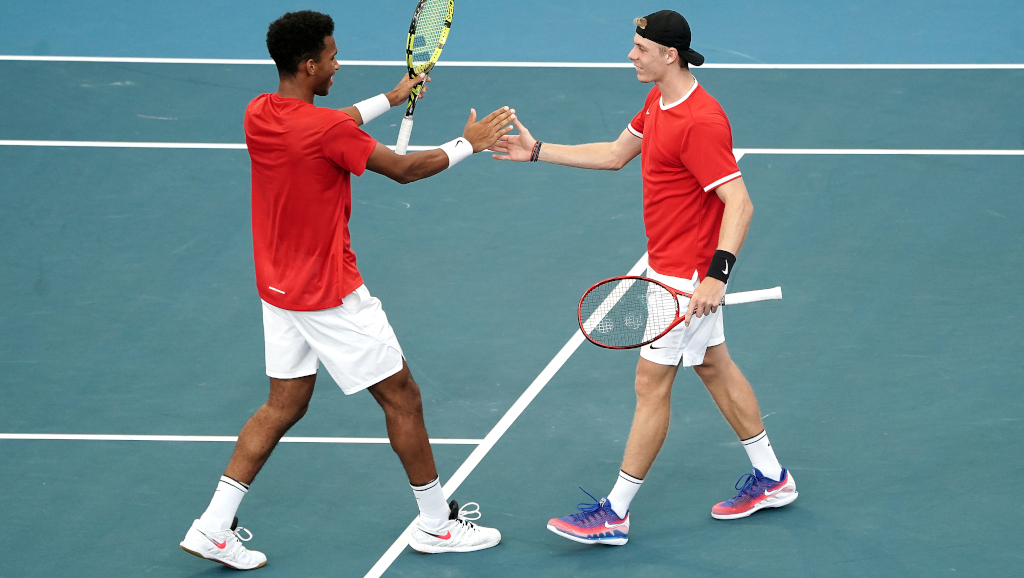 Canada secured their place in the Davis Cup final with a second successive come-from-behind win, as they beat Italy 7-6(2), 7-5 on Saturday.

It was bright young star Felix Auger-Aliassime who led the fightback as he overcame Lorenzo Musetti to level the tie after Denis Shapovalov went down to Lorenzo Sonego.

The tie would be settled by a dramatic doubles match which thanks to late changes featured big singles stars.

In late changes to both teams, fans in Glasgow were treated to another appearance from Auger-Aliassime who replaced Shapovalov.

For Italy Matteo Berrettini was a surprise call-up as he was drafted in to fill in for the injured Simone Bolelli.

Auger-Aliassime claimed he was thrilled to get the call to play in the decisive match for his country.

“We knew we could make changes if we needed to. The whole team have connected around this idea – the main goal of lifting the cup tomorrow, there are no egos, and it’s a great feeling,” he said.

Against that backdrop, the decisive match was tight and tense throughout, however, Canada were slightly sharper in both sets. The ultimate drama was saved for the end though with Auger-Aliassime seemingly cast as the protagonist.

However, a terrible mixup between Berrettini and Fognini saw a looping ball to drop in to give Canada a chance to serve it out and a decisive switch in momentum.

Auger-Aliassime still found himself 15-40 down as he served for a place in the final.

Canada’s No 1 did what he has done all week, though as he refocused and delivered.

Auger-Aliassime had earlier produced another excellent performance to overcome Musetti 6-3, 6-4 and ensure the tie went to the fourth Davis Cup tie in a row went to doubles.

Auger-Aliassime and Musetti sported a similar arsenal from the baseline, but the Canadian’s serve so often proved unreturnable, and he would time and again strike decisive blows on the Italian’s delivery.

The Young star hot-footed it off the court but not before writing ‘Let’s Do This’ on the camera lens and saying ‘I’m ready to play’ when asked if he might take the place of Shapovalov in the doubles.

Italy had taken the lead in the Davis Cup tie after a spellbinding match between Shapovalov and Lorenzo Sonego.

However, his heroics would be in vain for Italy this time.

For Canada and Australia, it will all be on the line in the Davis Cup final, with Shapovalov’s fitness likely to determine whom the balance of power favours.