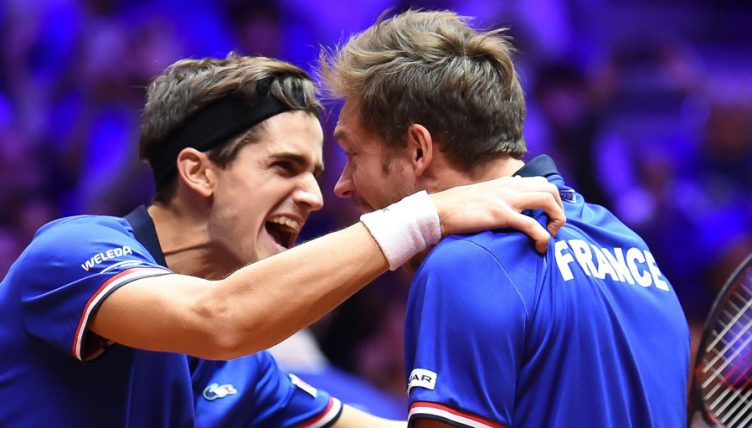 France ensured the Davis Cup final will go to a third day after winning Saturday’s doubles match at the Stade Pierre Mauroy.

Croatia had taken a commanding 2-0 lead after winning both of the opening singles match-ups on Friday, leaving France with the unenviable task of winning all remaining rubbers to win the tournament.

Bizarre selections by France leave Croatia on the brink of Davis Cup glory.https://t.co/xqJjFoHWx1

They made the best possible start, though, with Nicolas Mahut and Pierre-Hugues Herbert beat Croatian pair Ivan Dodig and Mate Pavic 6-4 6-4 3-6 7-6 (7-3).

The result will now be decided on Sunday.

Jo Wilfried Tsonga lost the second rubber to Marin Cilic on Friday, and he said then the hosts were far from finished.

“I’m of course a little bit sad to lose and give the point to the Croatian guy,” he said after his match.

“But, you know, I did my best, I gave everything, and Marin played a good match.