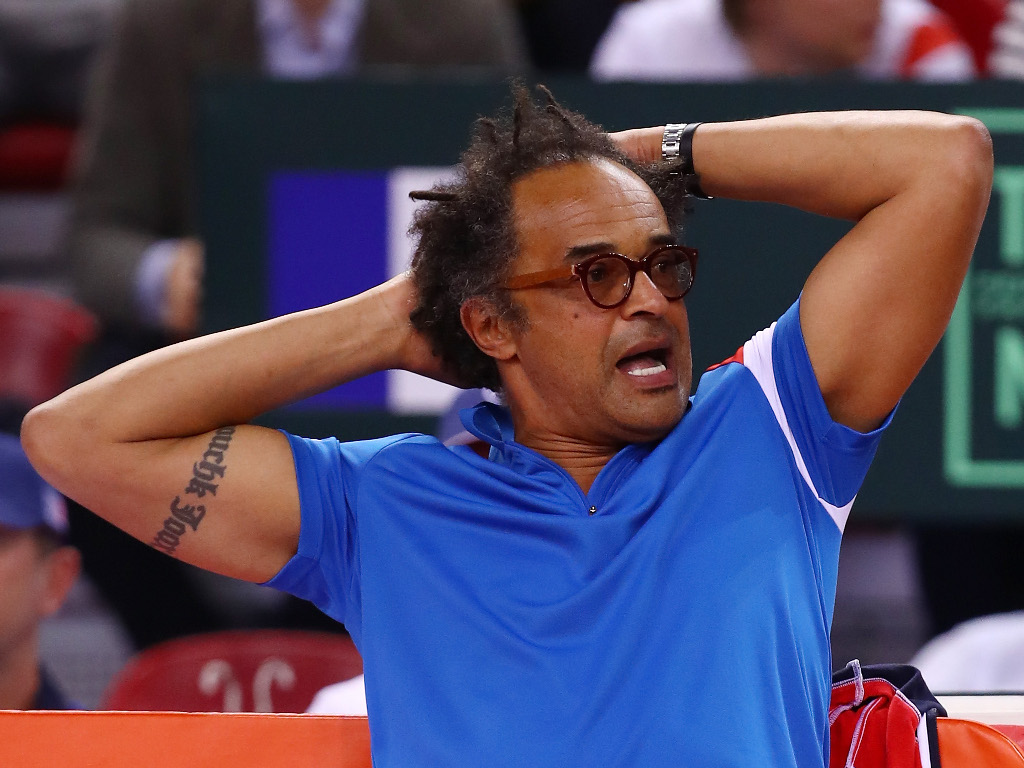 France captain Yannick Noah says it will be “scandalous” if the Davis Cup format is changed, adding that he will do everything possible to stop the revamp.

The International Tennis Federation has put forward a proposal that will see the tournament changed into an 18-nation World Cup of Tennis Finals that will be held over seven days in one location.

The plan is yet to be accepted at the highest level, but the ITF feels it will be a “complete game-changer” as they believe the world’s best players will regularly feature.

Rafael Nadal and Roger Federer have hinted that they are in favour of the shake-up with the former saying the competition needs “an injection of energy”.

However, several current and former players have expressed their outrage at the plans and Noah is one of those who are not happy.

“Some players have short memories or motivations that do not protect the game,” he told French media. “If their scandalous decision is accepted, it will be the end of the Davis Cup. It’s over. It’s not fair.

“It seems that most captains who played this weekend share my opinion, it is called tradition. Today it is the Davis Cup that is threatened, after that it will be the Grand Slam tournaments and after that will all the tournaments go to Asia? I’m still in the game, it’s not over, I’ll try to save what for me should be untouchable.”

When asked how he will try to “save the game”, he replied: “I’m going to try to get other captains involved, send text messages to people I still know in the game. I never thought that we would end up in a situation like this.

“Imagine if a Manchester United player who earns 500,000 euros per week decides not to play the World Cup, FIFA will say ‘we’ll change the format?’ It’s exactly the same situation. We are talking about seven or eight players who gave a lot to tennis. But I also think that tennis has also given them a lot. I think it’s their turn to give something to tennis.