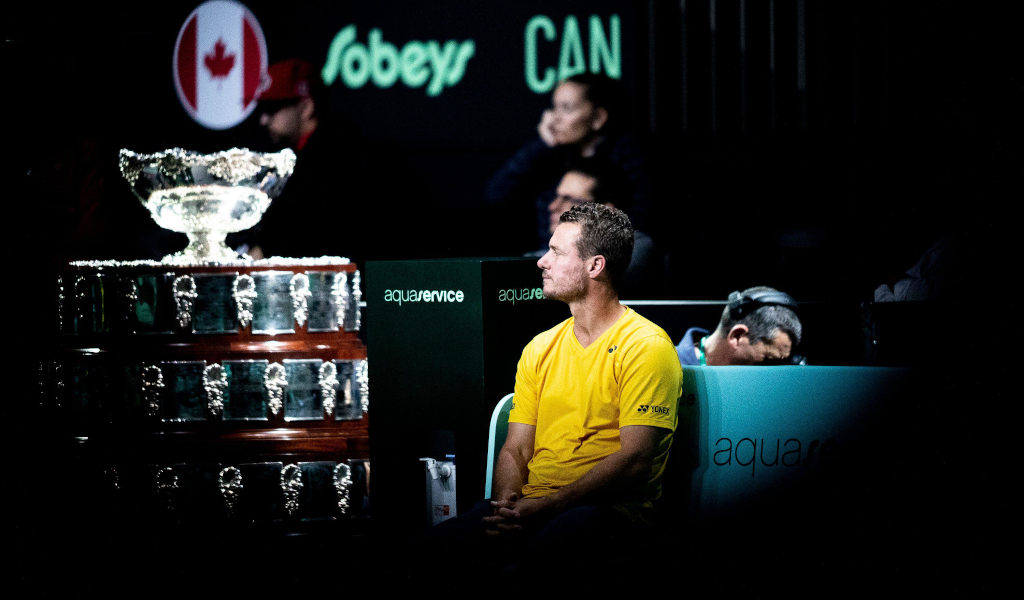 Lleyton Hewitt has praised his Australia team after they came up “slightly short” in the Davis Cup final against Canada, while he also once again lamented the format of the tournament.

The 28-time Davis Cup champions went down 2-0 against Canada in Malaga on Sunday as Denis Shapovalov and Felix Auger-Aliassime won their singles rubbers in straight sets to hand their country their first-ever title.

“I’m gutted for the boys. They’ve put in the commitment and the work and done absolutely everything right all year,” captain Hewitt said.

“They left it all out there once again; we came up slightly short, but I couldn’t be prouder – and all of Australia should be proud.”

An incredible week by the Aussies 👏

The knockout stage of the Davis Cup Finals took place in Malaga, Spain, this week while the group phase clashes were held in Glasgow, Scotland; Hamburg, Germany; Bologna, Italy; and Valencia, Spain in September.

It meant most of the top nations only played a couple of rubbers in front of their own fans earlier in the year and Hewitt, who has never been a fan of the new format, is disappointed that Australian fans are unlikely to see their heroes in the knockout phase of the tournament in the near future.

“When it [the Cup] changed to this format, it was only ever going to be twice a year, so we have added on another week. It’s been a bloody long year for everyone, and we are a long way from home, too. Don’t forget that.

“I don’t like the chances of this final series ever being played in Australia.”

The new 18-team format, which was introduced after the Davis Cup was revamped in 2018 following a major sponsorship agreement with the Kosmos group, is a best-of-three-set format, which means the doubles matches don’t get played if one team wins the two singles rubbers.

Australia beat the Netherlands 2-0 in the quarter-final earlier in the and world No 1 doubles player Wesley Koolhof and his partner Matwé Middelkoop didn’t take to the court.

“Everyone already knows how I feel about this format. Seeing what happened this week, I feel sorry for the Dutch doubles pair, for example,” Hewitt said. “One of the best in the world and they couldn’t participate in a single point. They came after doing a great job before and in the so-called ‘final’ they couldn’t play.

“The concept of competition is wrong and nobody listens. We have only put patches, but we have not found real solutions to the problems of the Davis Cup.”