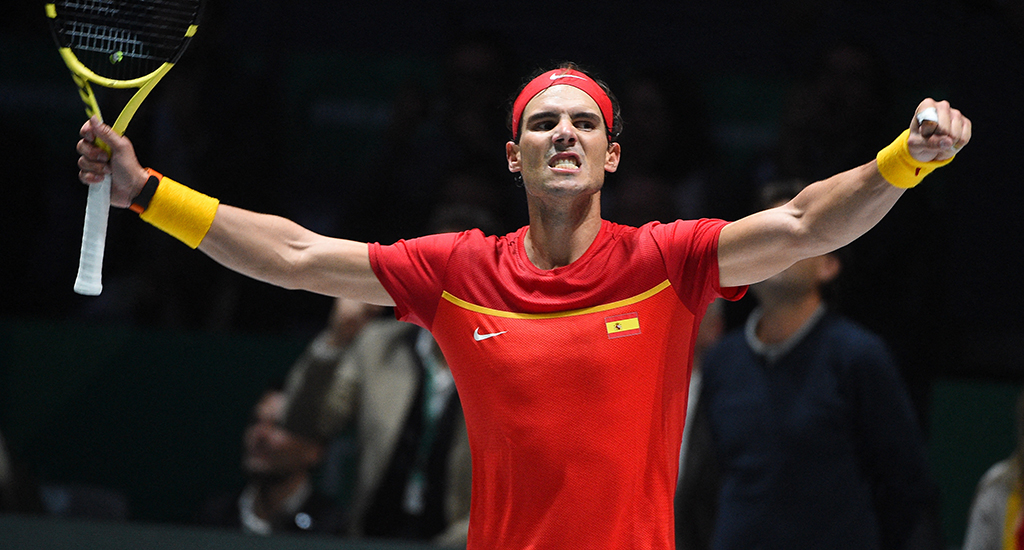 Rafael Nadal has urged fans to judge the Davis Cup at the end of the tournament after scheduling issued continued to plague the newly revamped competition.

Spain beat Russia 2-1, thanks in part to Nadal’s singles win over Karen Khachanov, but the deciding doubles rubber was not concluded until 2am in the morning.

Nadal, who played earlier in the night, hailed the atmosphere in Madrid as ‘amazing,’ but he also acknowledged the difficulties facing organisers.

“It is difficult to answer today,” Nadal said when asked for his opinions on the success of the tournament so far.

“Let me wait until the tournament is over to have a clear and better opinion.”

“The only negative in my opinion is we are just starting the last match and it’s 12.45am.

“That means big trouble for us the players and also for the people who have come to the stadium too, because tomorrow is a workday. It makes everything difficult.”

Elsewhere, Nick Kyrgios made his return to tennis and beat Alejandro Gonzalez 6-4, 6-4 to help a strong Australian team to a 3-0 win over Colombia.