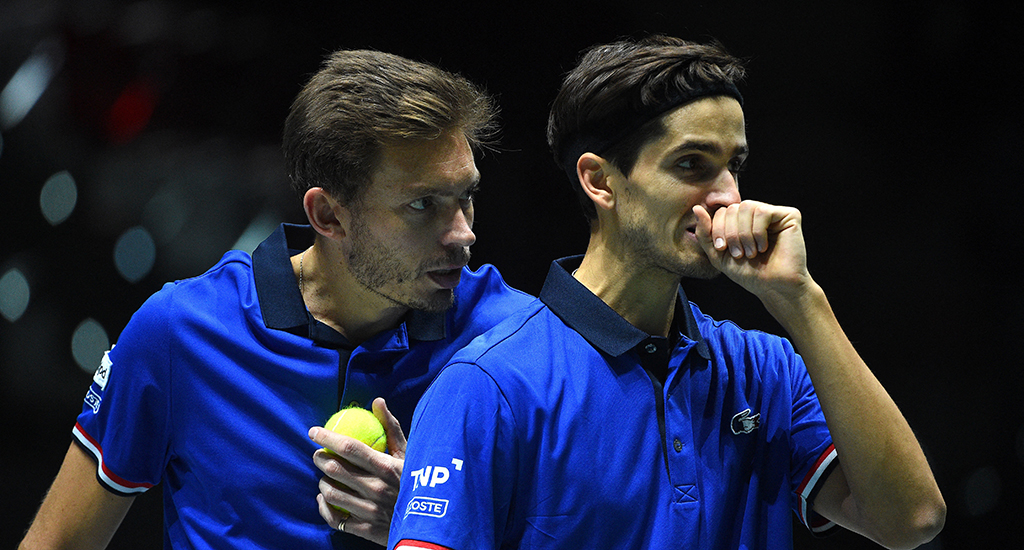 France avoided a Davis Cup shock defeat to Japan in Madrid on Tuesday before their players blasted the new format of the competition for destroying the atmosphere.

The Davis Cup was previously played in home/away ties, giving it the most partisan atmospheres in the sport, but that has all changed this year with a single host venue.

That decider was won by top doubles duo Pierre-Hugues Herbert and Nicolas Mahut, despite them losing the first set, but was the tournament itself which was the talking point for them afterwards.

Mahut said: “It is a strange feeling. When you play Davis Cup, usually the stadium is full.

“We need to win to see if later in the week there will be more people in the stands.”

It was a huge contrast to their last match, the final 12 months ago, when a capacity crowd in Lille cheered on the hosts in their defeat by Croatia.

Herbert added: “Actually, it was pretty special because it was the first time I hear myself singing the Marseillaise song.

“For sure, for us, it’s so different. But we are only tennis players, we are not organising the events.”

Argentina, meanwhile, were comprehensive 3-0 winners over Chile in Group Three, with all their victories coming in straight sets, while Kazakhstan defeated Holland 2-1 in Group E.

Dutch number one Robin Haase upset Alexander Bublik to send the tie to a deciding doubles rubber, where Bublik gained revenge over Haase and Jean-Julien Rojer alongside Mikhail Kukushkin.