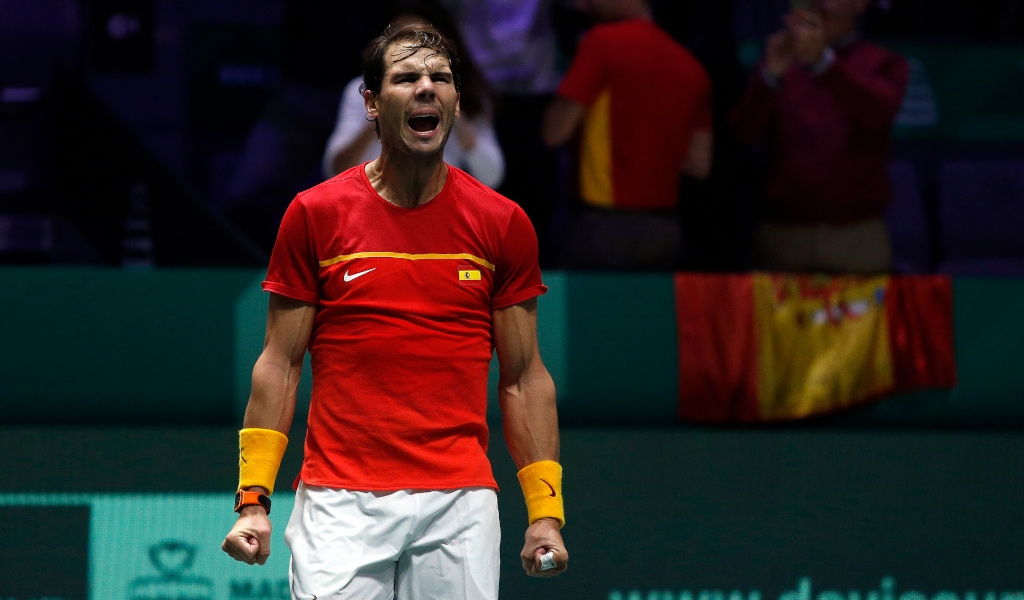 Spain booked their place in the Davis Cup final after Rafael Nadal and Feliciano Lopez held off Jamie Murray and Neal Skupski to edge Great Britain 2-1 in the semi-final.

The tie was on a knife edge after the two singles rubbers were shared with Kyle Edmund beating Lopez 6-3, 7-6 (7-3) and Nadal drawing Spain level when he beat Dan Evans 6-4, 6-0.

And the crowd at Caja Magica in Madrid played its role with their loud support for the home team during and after the match, shouting “Rafa Rafa” was the win was confirmed.

“It’s really, really special,” said Nadal. “Thank you to Feli [Lopez] and to the crowd who were amazing as well.”

He added: “This competition is dramatic and with this new format even more. ‘It was very close, we were not able to have not one break throughout the whole match, I think we played a great match.

“Feli served amazing and I think in the important moments he did everything well. We are super, super happy, has been an amazing and unforgettable evening for all of us. Just can say thank you very much to Feli, to the rest of the team because without them it is impossible and especially to the crowd that is always amazing here.”

Spain will face Canada on Sunday after the North Americans beat Russia 2-1 to reach their first-ever Davis Cup final.

“I have no words, it’s unbelievable,” Shapovalov said after the win.