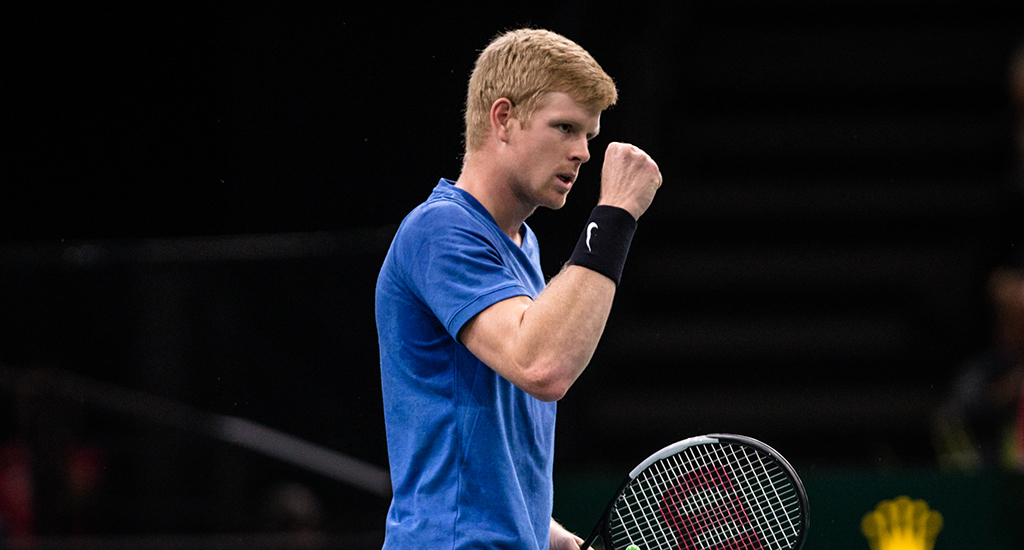 Edmund has endured a poor year, dropping fro the top 20 in January to outside the world’s top 70, and he arrived in Paris on the back of eight straight defeats.

However,  LTA Head of Men’s Tennis and GB Davis Cup Captain Leon Smith has today confirmed Edmund will complete the squad that represents GB in Madrid for the new-format Davis Cup Finals this month.

“Whilst Kyle has had a tough few months, he showed at the Paris Masters what level of tennis he is capable of producing. It’s been a difficult decision to make as Cam Norrie has had a very good year on tour and is finishing the year ranked around number 50 in the world.

“It’s a strong position for our team to be in when we have such high quality players vying for selection. The same is true for Joe Salisbury who is in great form and we wish him all the best for the ATP Tour finals. I’m excited about getting our team together and preparing for the finals in Madrid.”

The inaugural event, to be hosted on the hard courts of La Caja Magica in Madrid from 18-24 November, will see 18 nations come together to battle for the historic Davis Cup trophy.

The competition will follow a round-robin format, before the winners of each group, along with the next two top teams, advance to knockout stages. Ties will feature two singles matches and one doubles rubber, all of which will be best-of-three tie-break sets.

2015 champions Great Britain have been placed in Group E, along with Netherlands and Kazakhstan, who they will face on Wednesday 20 and Thursday 21 respectively, with a place in the knockout stages at stake.

The quarter-finals will take place on Friday 22, with the semi-finals on Saturday 23 and the final on Sunday 24 November.