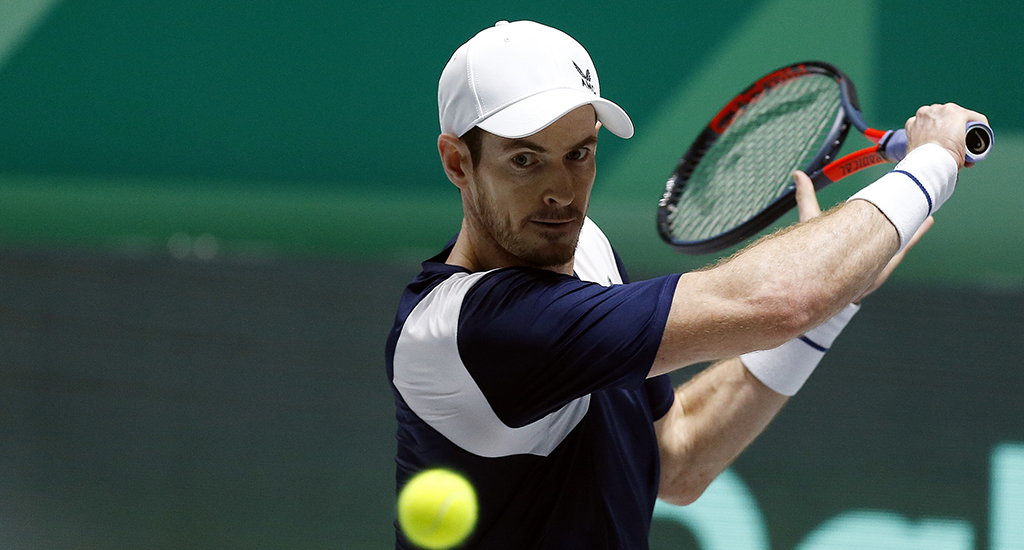 Andy Murray produced some Davis Cup heroics once again for Britain in his first match in the competition since 2016 in Madrid.

Murray was selected to kick off Britain’s tie against the Netherlands, and was pushed all the way by world number 179 Tallon Griekspoor.

The deciding tie-break was a masterclass in extraordinary defence from Murray, who said: “It was a very, very tough match, fantastic atmosphere.

“I think that was one of the things that some of the players were worried about playing at a neutral venue but I thought the atmosphere was brilliant from both sets of fans.

“He played brilliant. I was lucky at the end of the match. He deserved to win.”

There had been speculation that Murray may not play in this tie to rest him for harder matches but it soon became clear the question marks were in fact about his form.

There were reports from the British camp that the former world number one had not impressed in practice sets and he was soon puffing hard as Griekspoor kept him largely on the defensive.

This was Murray’s first match since his remarkable title victory in Antwerp a month ago, which perhaps raised expectations a little too high at what is still an early stage of his comeback from hip surgery.

The Scot also admitted he had put on a few pounds as he spent time away from the court following the birth of his son Teddy.

Murray certainly did not lack support, with Union Flags aplenty as a sizeable contingent of British fans made the third arena at the Caja Magica look the fullest it has so far this week.

It had the feel of a Davis Cup tie but British confidence turned to something a lot more edgy as a very tight first set headed towards its conclusion.

Having saved the only break point, Griekspoor then clinched the set with the first mini-break of the tie-break, pouncing on a Murray second serve and finishing it off with a forehand winner.

Griekspoor has only won two matches on the ATP Tour, but they came against Karen Khachanov and Stan Wawrinka, so he did have some previous in terms of upsetting the odds.

Murray made a fine start to the second set with the first break of serve but every time he tried to step in and take control, the ball flew out or into the net.

A poor service game allowed Griekspoor to level at 3-3 but Murray dug out another break immediately and this time held on to it.

The hope would have been that Murray could use this match to play himself into form but by the early stages of the third set he was looking decidedly weary.

He was in big trouble at 4-1 down but fought back to level despite not moving well at all.

The match came down to a deciding tie-break. Griekspoor raced out to a 4-1 lead but Murray dug in to level at 4-4, somehow returning a smash from his opponent, and then taking his first match point.