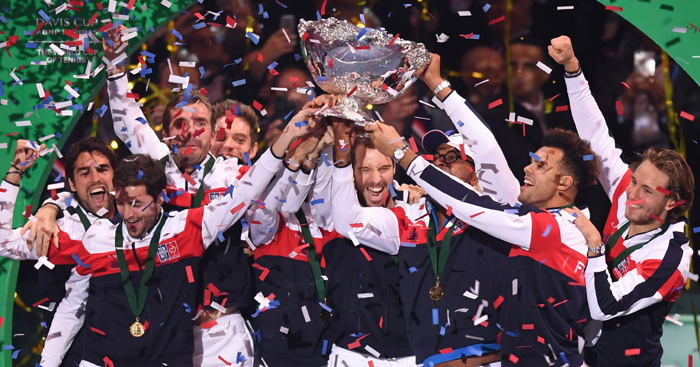 The International Federation (ITF)’s proposal to turn the Davis Cup into a World Cup of Tennis has received the green light from tennis chiefs.

In February, the ITF announced the plans to revamp the event into a week-long World Cup that will feature 18 nations following a 25-year, $3 billion agreement with investment group Kosmos.

However, several international tennis organisers, with Tennis Australia leading the way, were outraged and felt it would lead to the “death of the Davis Cup” while the Lawn Tennis Association indicated it would vote against it.

The proposal was put before a vote at the ITF’s conference in Florida, Orlando, on Thursday and it received 71.4 per cent of the 120 delegates’ votes, giving it the clear two-thirds majority it needed.

ITF President David Haggerty said: “I am delighted that the nations have today voted to secure the long-term status of Davis Cup by BNP Paribas. By voting in favour of these reforms, we will be able to work with Kosmos to realise the huge potential of the competition and elevate it to new standards. This new event will create a true festival of tennis and entertainment which will be more attractive to players, to fans, to sponsors and to broadcasters.

“In addition, the new revenues for nations that the event will generate will have a transformative effect on the development of tennis in all nations. Our mission is to ensure that this historic decision will benefit the next generation of players for decades to come.

“I would like to thank the nations for taking this historic decision and the ITF Board of Directors for their commitment and support. I would also like to thank Kosmos for their passion and partnership. I have no doubt that by working together we will ensure a brighter future for tennis all around the world.”

The inaugural event is expected to take place in November 2019 in a yet to be decided European country.

The 2018 Davis Cup semi-finalists and two wild card nations will automatically go into the competition while 12 winners will come from a 24-team home and away qualifying in February.

The tournament will kick off with a round-robin format before it becomes a do-or-die affair with a knockout phase. Matches will be two singles and one doubles rubber while it will use best-of-three sets.