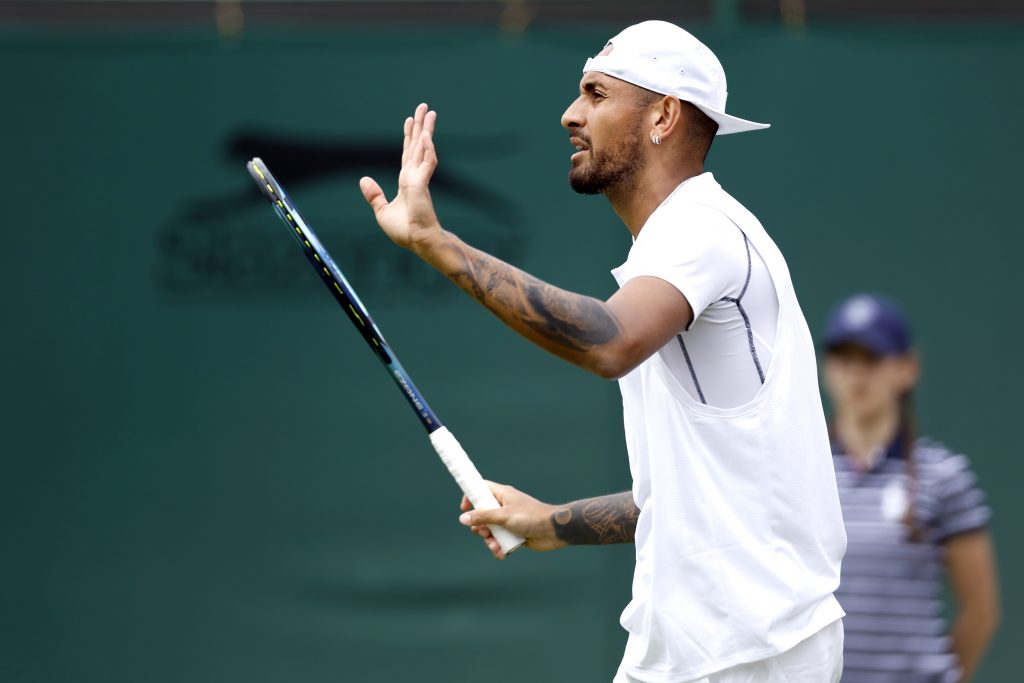 Australia Davis Cup captain Lleyton Hewitt says he would love to have Nick Kyrgios on the team.

Kyrgios declined the last offer from Hewitt to represent his country in the team event, but the two-time Grand Slam winner is hopeful that he can talk him around.

As a Wimbledon finalist and Australian Open doubles winner, Kyrgios would be a huge boost to the Aussie team.

Australia once dominated the Davis Cup but haven’t lifted the trophy since 2003 when Hewitt was still a player.

As a Davis Cup skipper Hewitt’s best effort was guiding Australia to the last four in 2017.

Despite not receiving any ranking points for his Wimbledon run, Kyrgios is the Australia No 2 in singles behind World No 26 Alex De Minaur.

Kyrgios has featured in just four Davis Cup ties since making his debut in 2013.

“We’d absolutely love to have him playing for us,” said Hewitt in quotes published by Reuters.

“We’re a much stronger side if he’s available and can play for us, and he’s an option for singles and doubles matches, which is important in this format.”

Hewitt believes that Kyrgios’ grass court season could be the catalyst for a change of approach from the controversial World No 45.

“Deep down, he’s still pretty disappointed to come so close but not win,” Hewitt added.

“But as I told him, he should be extremely proud of the performances over the last two weeks and throughout the whole grass-court season.

“Everyone knows the kind of firepower and game style that he has and what he’s capable of doing. He just has to go out there and keep believing in himself.”

Australia scraped past Hungary in the 2022 Davis Cup qualifying round having opted to play the tie at the Ken Rosewall Arena in Sydney.

They were left on the brink of elimination after Thanasi Kokkinakis lost his opening singles match and John Peers and Luke Saville lost the doubles.

However, De Minaur and Kokkinakis pulled out clutch victories to ensure Australia were among the 12 teams to reach the tournament finals.

The Davis Cup finals take place between 14 September and 27 November 2022.