Spain edge ahead in Davis Cup against Great Britain 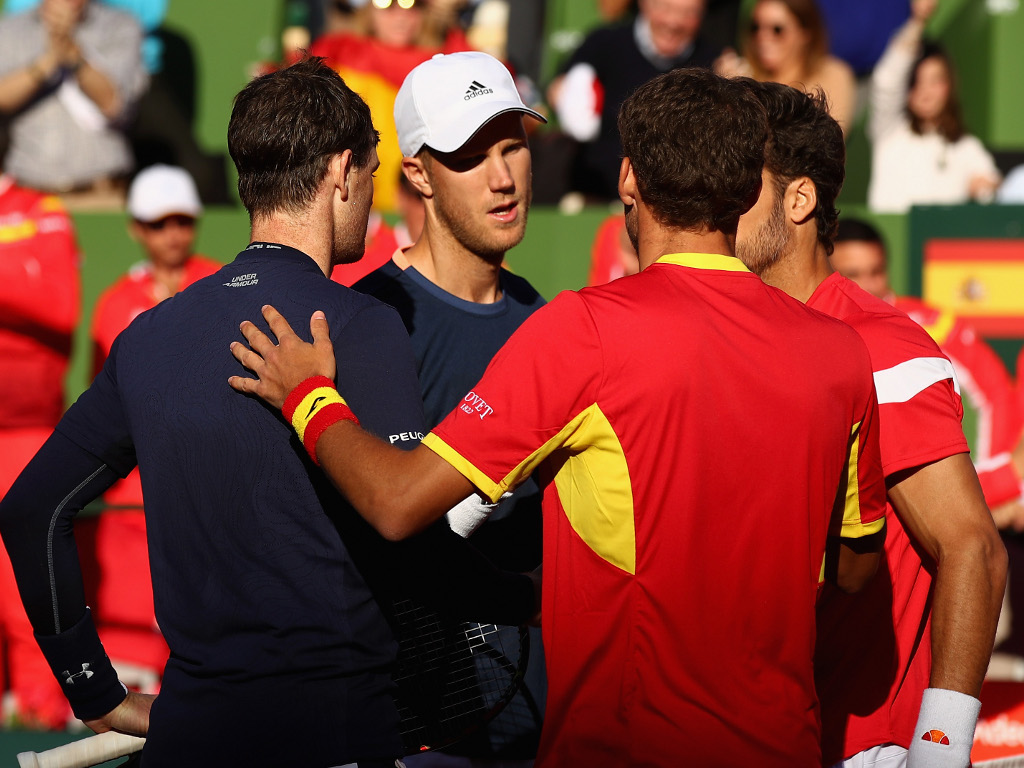 Great Britain have it all to do in the Davis Cup reverse singles rubbers against Spain after they lost the doubles on Saturday.

Cameron Norrie’s five-set heroics against Roberto Bautista-Agut earned Great Britain a share of the spoils on the opening day after Liam Broady went down in straight sets to Albert Ramos-Vinolas.

However, Jamie Murray and Dominic Inglot couldn’t back up Norrie’s brilliant display as they lost 6-4, 6-4, 7-6 against Pablo Carreno Busta and Feliciano Lopez

Great Britain will have to win both singles matches on Sunday and captain Leon Smith could turn to Kyle Edmund if he is deemed fit to play.

“We are hopeful that Kyle can play so he is going to practice on the match court and we’ll make an assessment after that. If he is feeling fit and ready to go then it would be great to have him out there,” Smith said.

“If he’s pain free and the medical team are happy to sign it off [he’ll play]. But most important is that he’s happy to do it. It’s his decision. I’m not going to throw him in if he’s not wanting to play, that’s not fair. If he wants to play, clearly as good a player as he is, he’ll get a shot.

“At the start of the week he was quite limited on the court, more controlled exercises which is normal. The last couple of days he has been much freer, moving around the court really well.”