US advance, but all to play for in Spain-Germany Davis Cup tie 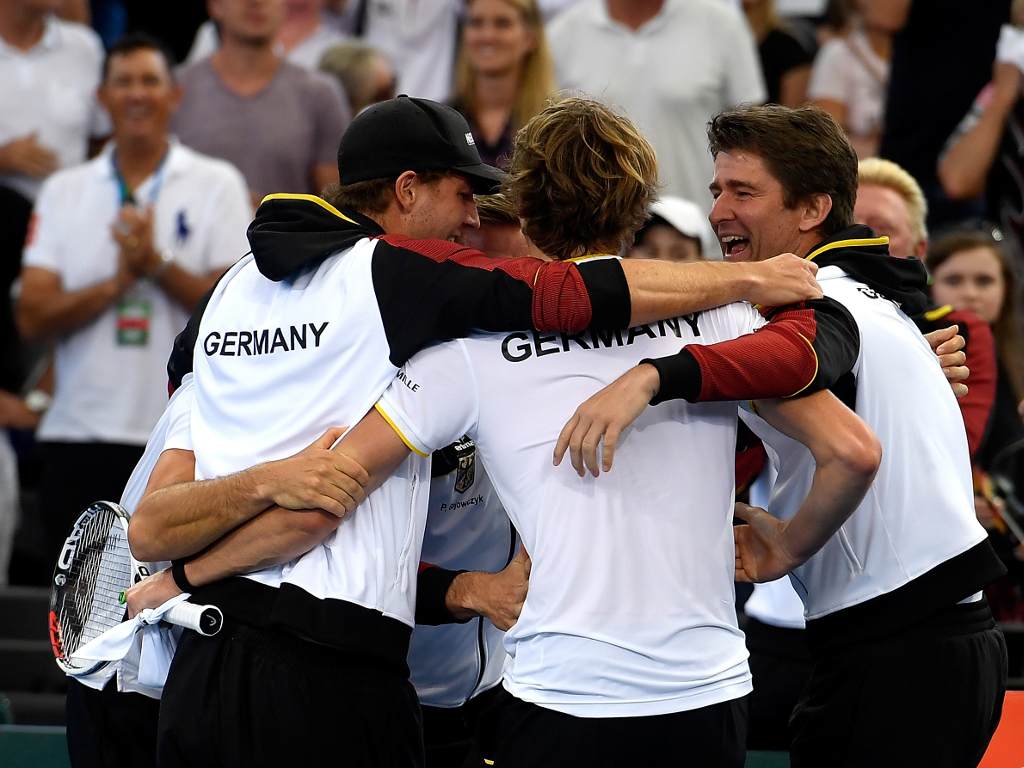 The United States booked their place in the Davis Cup semi-finals with victory over Belgium, while Germany will take a 2-1 lead into Sunday’s singles against Spain after they edged the doubles.

It gave the 32-time Davis Cup winners, who will face Croatia or Kazakhstan, a 3-0 lead after John Isner and Sam Querrey won their singles ties on Friday.

USA is the first nation to book its place in the 2018 #DavisCup semifinals, after @ryanharrison92 and @JackSock complete a 3-0 victory against Belgium!

In Valencia, Spain and Germany started Saturday’s tie at 1-1 after Rafael Nadal and Alexander Zverev won their opening matches, but Tim Puetz and Jan-Lennard Struff claimed a stunning five-set win over Feliciano Lopez and Marc Lopez.

It means that Nadal will have to win his match against Zverev on Sunday morning to give the hosts, who have won their last 27 home ties, a chance of winning the rubber. Should he win, then it will be all level when David Ferrer takes on Philipp Kohlschreiber.

“It’s very satisfying winning that match for the team,” Herbert told DavisCup.com. “We’re obviously very happy to get the point and hopefully the boys can get the job done in the singles.”

Lucas Pouille and Fognini will kick off Sunday’s procedings in the singles before Andreas Seppi and Jeremy Chardy take to the court, if needed.

In the other tie, Croatia kept their hopes of qualifying for the semi-finals alive as Ivan Dodig and Nikola Mektic beat Kazakhstan’s Timur Khabibulin and Aleksandr Nedovyesov 6-7 (2-7), 6-4, 6-4, 6-2.

Kazakhstan lead the tie 2-1 after they won both the singles matches on Friday.