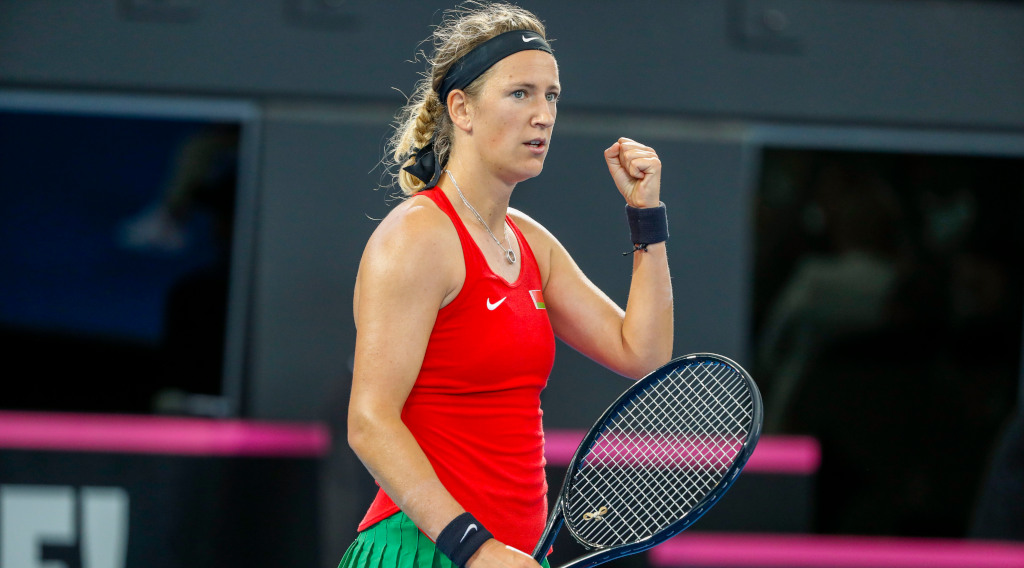 The doubles will decide the Fed Cup semi-final tie between Australia and Belarus while the France and Romania tie is also all square heading into Sunday.

Ashleigh Barty and Victoria Azarenka won their singles encounters on Saturday to make it 2-2 in the Australia-Belarus clash in Brisbane.

Miami Open champion Barty kicked off the day with an excellent win for the Aussies as she beat Aryna Sabalenk 6-2, 6-2 to give the hosts a 2-1 lead.

Over in France, Simona Halep and Caroline Garcia won their opening singles rubbers to put the tie at 1-1.

French Open champion Halep got the better of Kristina Mladenovic as she won 6-3, 6-1 to give Romania the lead, but Garcia drew the hosts level as she beat Mihaela Buzarnescu 6-3, 6-3.

💙💛❤️”I feel like I’m at home here” @Simona_Halep can’t believe how many Romania fans are in France to root for her and the team #ShowYourColours#FedCup #FRAROU pic.twitter.com/BKRmMgbduX