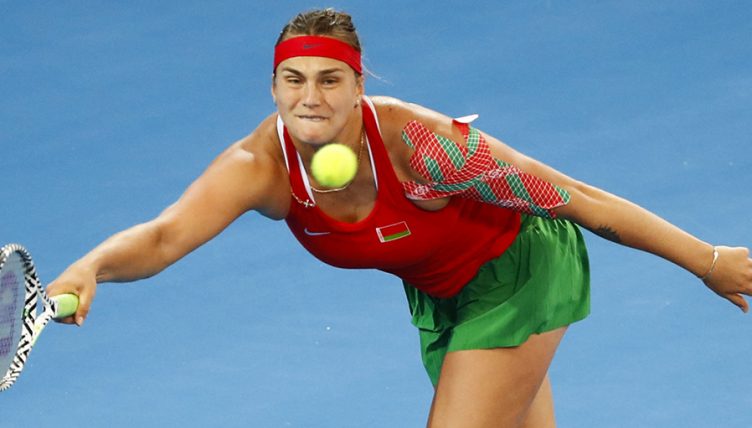 Aryna Sabalenka won an absolute battle with Sam Stosur to give Belarus the advantage over Australia in the Fed Cup.

The pair fought it out for nearly three hours in the World Group semi-final tie, before Sabalenka earned a 5-7, 7-5, 6-3 win for her country.

“It was an unbelievable match. She played unbelievably well. And I’m so happy that we showed this really good level. It was amazing atmosphere here,” Sabalenka said on court.

“She played an unbelievable level. She played so quick I couldn’t touch the ball from her returns. I just tried my best on her serves and try to come back in this match.

“We’re playing for our countries – we don’t have choices, we just need to show our best and fight until the end.”

Stosur agreed with Sabalenka’s analysis, although she was disappointed she was unable to get over the line

“Obviously disappointed not to get through that one and win it, but I don’t think there’s a lot I could necessarily change or do differently,” she said.

“So I’m really proud of the performance I put on out there and the way I played, I really enjoyed the moment, and was totally enjoying the crowd and really into it.

“I think it was a really good match – unfortunately I came off second best, but there’s not much to be ashamed of.

“I hit the ball well, I hit it hard, I did what I wanted to be doing, and I think a couple of moments in that third set she came up with some pretty clutch returns and little pick ups, and that’s why she’s top 10.”