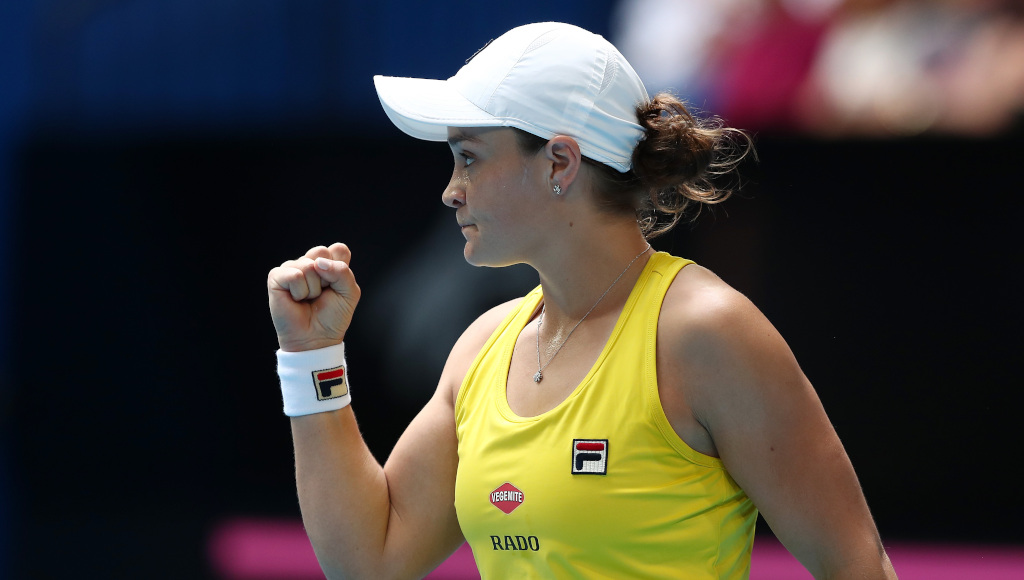 It is all square after the opening day of the Fed Cup final between Australia and France after two crushing victories for each side.

Kristina Mladenovic got the visitors off to a blistering start as she blew Ajla Tomljanovic away with a 6-1, 6-1 win in one hour and 17 minutes in the opening rubber.

“I love this kind of event – the bigger the pressure it is, the more special the event,” Mladenovic said after the match. “I love fighting, and I’m so proud to give this first point to my team, to my country, to our supporters and our federation.

“I came out there and just wanted to win, basically,” Mladenovic added, with a laugh. “[Tomljanovic is] a good friend of mine and I think the level was great. I really did almost a perfect match, I was really in the zone.”

The world No. 1 was on another level today as she beat Caro Garcia 6-0 6-0 to level the scores in Perth

“This is remarkable, I couldn’t have asked for a more perfect match. I think that’s the best tennis match I’ve ever played in my life,” Barty said.

“I felt like I served really well, made a lot of returns. Most importantly I played the big points well. I really wanted to assert myself and I was able to do that really well today.”

Eight-times champions Australia are looking to win their first Fed Cup title in 45 years while France are hunting a third overall title, but first since 2003.