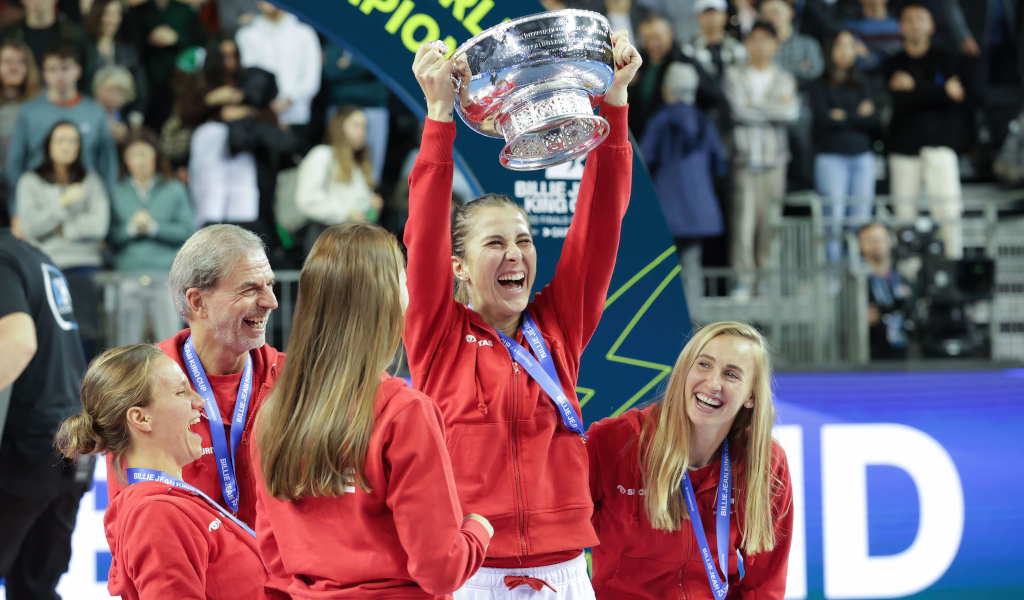 Belinda Bencic believes representing her country on the international stage brings out the best in her after she led Switzerland to their maiden Billie Jean King Cup title in Glasgow.

It is the second year in a row that Bencic has delivered some silverware for her country as she won gold in the singles and silver in the women’s doubles alongside Viktorija Golubic at the Tokyo Olympics last year.

This year she went unbeaten in her five rubbers at the Billie Jean King Cup Finals in Scotland- winning four singles matches and one doubles clash alongside Jil Teichmann.

“Yeah, probably I should just become a team player now and never play for myself again,” the world No 12 joked during the post-match celebrations.

Bencic added: “I feel like I’m not playing for myself out there. I’m fighting for, you know, all the team and for all Switzerland, for our country. This was like a childhood dream coming true. Hearing the national anthem and watching the Swiss flag, it’s really something big for me.

“I just feel like it brings out the best, brings out those extra percentages which maybe I cannot bring in the other tournaments.

She joked: “I’ll just need Viki and Jil and Simona and Heinz and Phil in all my matches. If they cannot make it, I’ll just retire.”

Switzerland join a select group of countries to win both the Billie Jean King Cup and the Davis Cup.

Back in 2014, Roger Federer, Stan Wawrinka, Michael Lammer and Marco Chiudinelli were part of the team to defeat France in the final for the country’s one and only Davis Cup title.

Federer and Wawrinka also teamed up at the 2008 Beijing Games to win gold for Switzerland in the men’s doubles. 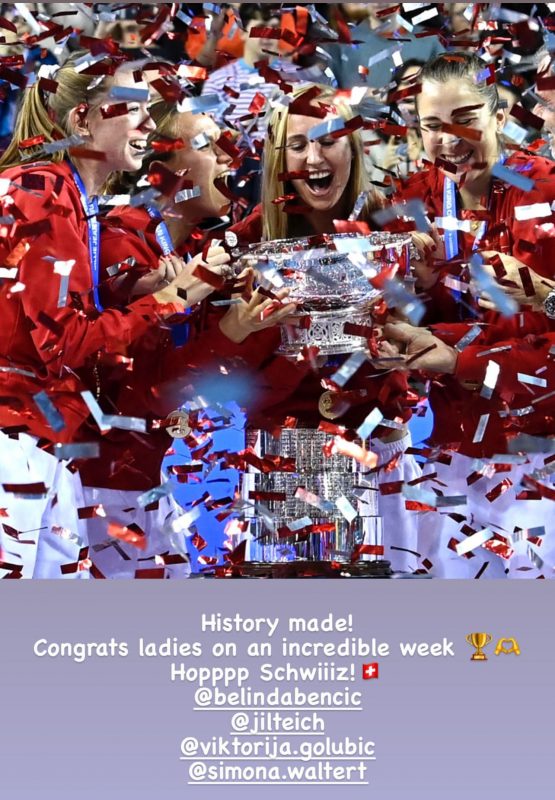 “[This win] proves that you can become a world-class tennis player in Switzerland,” he said. “This sounds obvious after Federer and Hingis and others, but you have to deliver, you know, because there is a lot of competition among sports.

“I just believe when somebody sees us winning here and the emotions we go through, especially youngsters, hopefully they think it’s cool. That they think ‘let’s play some tennis’, you know. Keep the legacy going.”