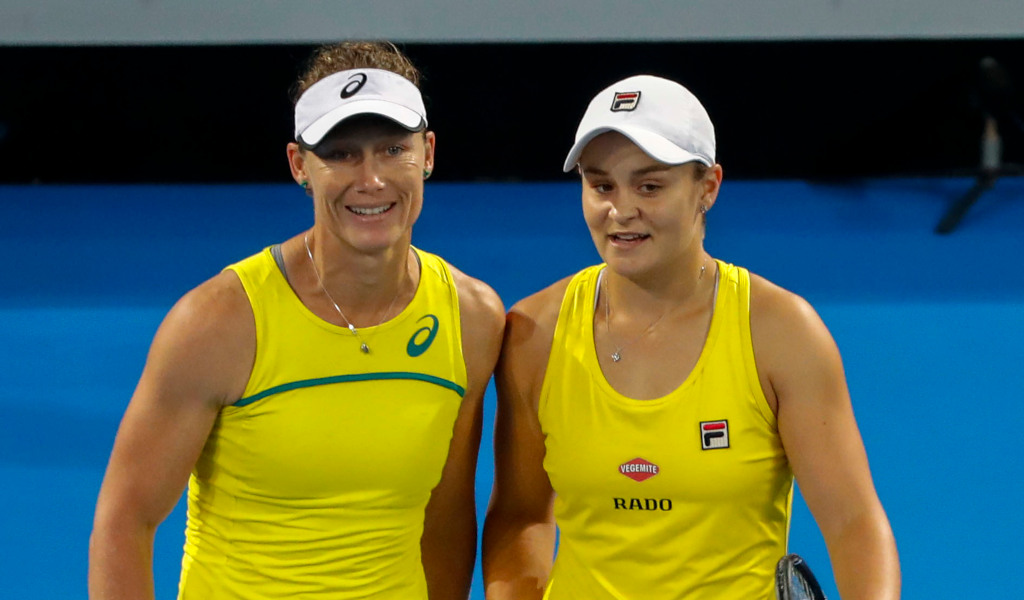 Ashleigh Barty won both her singles rubbers and then teamed up with Samantha Stosur in the doubles to steer Australia to a 3-2 Fed Cup semi-final win over Belarus.

Having seen off Victoria Azarenka and Aryna Sabalenka in the singles, Barty was back at it on Sunday afternoon in Brisbane as she partnered Stosur to beat Azarenka and Sabelenka 7-5, 3-6, 6-2 in just under two hours in the doubles.

The moment that sealed it for Australia 🇦🇺

The win sees Australia qualify for the Fed Cup finals for the first time since 1993 while they will be gunning for their first title 45 years come November.

The decisive moment in the third set came in game four when Australia broke the Belarusian serve and they secured the victory in game 10 with a second break of serve.

“All the girls, we all work so hard throughout the year, and we really stick together as a team, Fed Cup weeks or not Fed Cup weeks, we’ve always got each other’s backs, so to be in the Fed Cup final now I think it’s a great reward for both of us, and we’re going to give it our best shot here in November.”

Australia, who are looking to win their eighth Fed Cup tie, will face either France or Romania in the final.