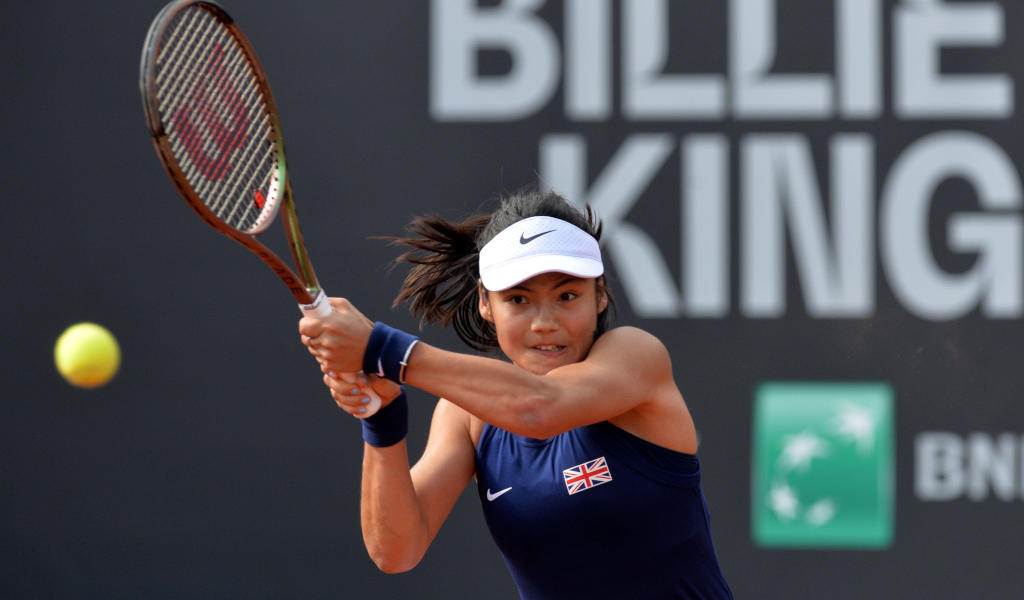 Emma Raducanu struggled with a blister on her right foot as she was well beaten by Marketa Vondrousova to leave Great Britain staring at defeat to the Czech Republic in their Billie Jean King Cup tie in Prague.

Raducanu marked her debut in the competition on Friday by beating Tereza Martincova in her first professional match on clay but lost 6-1 6-1 to former French Open finalist Vondrousova in only 62 minutes.

The thermometer read just six degrees on Saturday morning, extremely cold for an outdoor tennis match, and it became clear after she took a medical timeout at the end of the first set that Raducanu was struggling.

She barely moved for several balls in the second set, wincing and limping her way to the finish line as the Czechs moved into a 2-1 lead, with three points needed for victory in the tie.

Raducanu’s win over Martincova was undoubtedly impressive but this was a different level of challenge against a true clay-court exponent, who thrashed Harriet Dart 6-1 6-0 on Friday.

The US Open champion wore leggings and a long-sleeve top to try to keep warm while hats and blankets were the order of the day for the crowd and support staff at the Cesky Lawn Tennis Klub.

Vondrousova, ranked 32 but clearly with the potential to go a lot higher, has spent thousands of hours training on these courts and she had completely dismantled Dart after overcoming early nerves.

There were none of those here as she extended her winning run of games to 15 by moving into a 3-0 lead before Raducanu broke serve to at least get on the board.

It was no more than a blip in the first set, though, for Vondrousova, who was superior in every area and clinched it after only 25 minutes on a Raducanu double fault before the British player headed off court.

The British number one revealed ahead of the tie that sliding in training had cost her several toenails and this was yet another physical problem to add to a growing list.