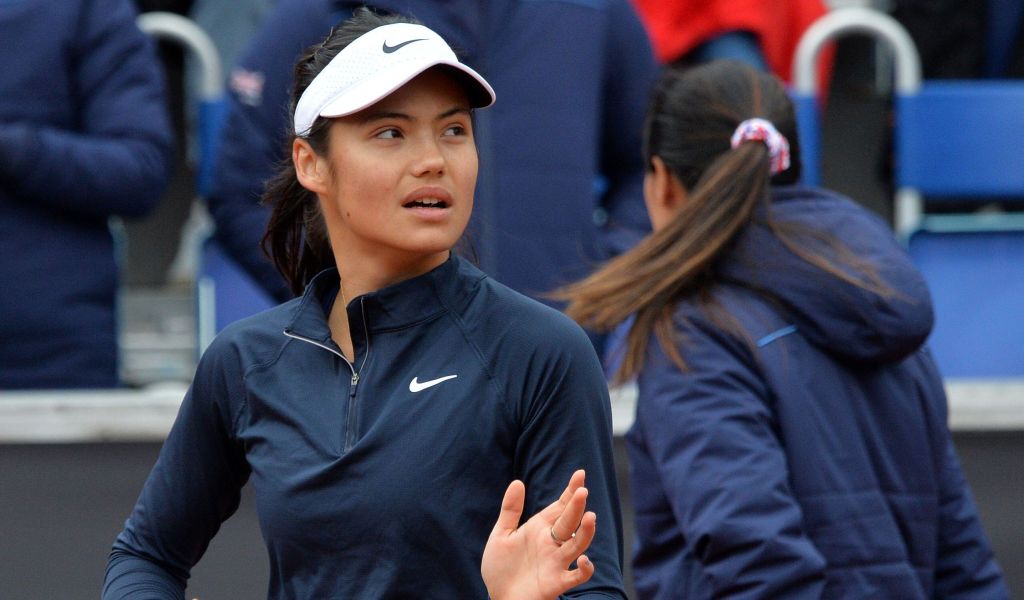 Raducanu marked her debut in the competition on Friday by beating Tereza Martincova in her first professional match on clay but struggled with a blister on her right foot on Saturday and lost 6-1 6-1 to former French Open finalist Marketa Vondrousova in only 62 minutes.

Raducanu took a medical timeout at the end of the first set and limped and winced through the second set.

The 19-year-old said of the blister: “It kind of showed up after yesterday’s match. We’ve been managing it but as you saw I couldn’t really move or load either way and now it’s just about trying to get it better as soon as possible.

“It was compromising every shot I had to play. It’s very disappointing when you’re out there playing a rubber for your country and you feel completely redundant.”

Raducanu now faces a race against time to be fit for next week’s WTA Tour event in Stuttgart and admitted her frustration at yet another physical issue.

Having begun the season playing catch-up after contracting coronavirus, Raducanu struggled with a blister on her hand at the Australian Open, pulled out during a match in Mexico with a thigh problem and was hampered by a stiff back in Indian Wells.

She said: “I’ve had a few blisters on my feet before. I’m going to need to go and evaluate all my options. This has happened quite a few times now and we need to nip it in the bud.

“Of course it’s frustrating but in some sort of twisted way it gives me a sense of confidence and relief that I don’t think it’s my tennis that’s the issue.

“As soon as I sort all of these out and keep building on my tennis level then I think I’ll be able to put out good matches back to back.”

Keothavong did not consider resting Raducanu, saying: “Before the match we were aware she had a blister but it got progressively worse for her during the match. There was no indication of anything that said to us that she couldn’t play or that she wasn’t ready to go out there and give it her absolute best.

“The more she puts herself out there, the more she continues to test herself against the very best, she’ll figure out a way that works for her.”

Vondrousova’s win put the Czechs within sight of victory but captain Petr Pala’s decision to throw in 16-year-old rookie Linda Fruhvirtova backfired when she was beaten 6-0 5-7 6-2 by Harriet Dart.

Dart looked to be cruising to victory after winning the first nine games and had two match points in the second before finally managing to overcome her nerves to claim a first singles win in the competition.

Having gone into the tie as significant underdogs, it was an achievement in itself for Britain to force a deciding doubles rubber, but Dart and Katie Swan were unable to pull off the upset despite a second-set fightback, losing 6-1 7-5 to Vondrousova and Karolina Muchova.

It is therefore the Czechs, who have been by far the most successful nation in the competition over the last decade, who move forward to November’s finals week, although Britain could yet still join them if the Lawn Tennis Association’s bid to host the event is successful.

Keothavong had mixed feelings afterwards, saying: “I do feel really proud of all the players and the team effort that’s gone into this weekend. The fact that we took it all the way down to the deciding rubber just shows how much guts and courage the players had today. Overall we came close but fell short.”