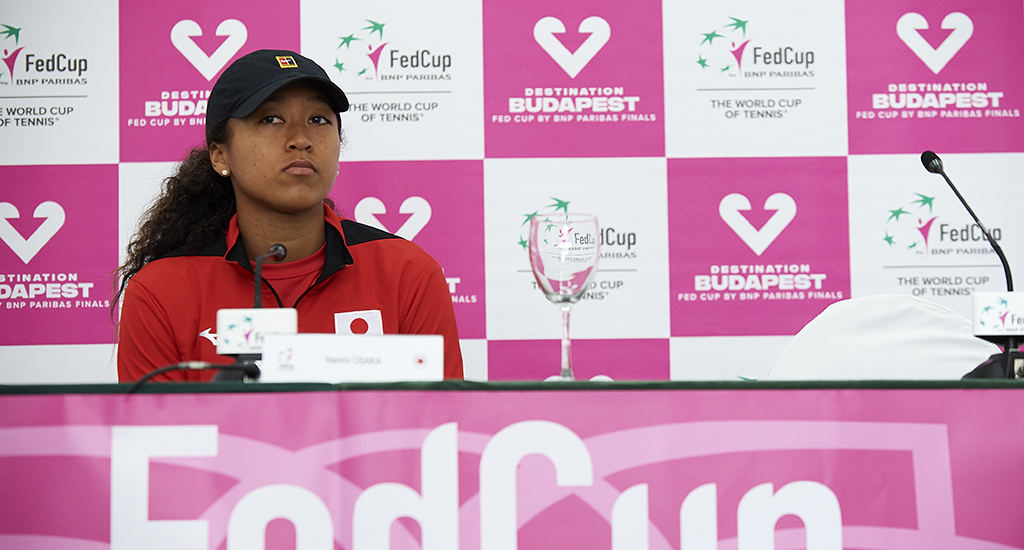 Naomi Osaka looked a shadow of her usual self as she crashed to an astonishing defeat to Sara Sorribes Tormo at the Fed Cup before appearing to hint at the possibility of personal problems.

Osaka, a double Grand Slam winner, has struggled to cope with the expectation since climbing to world number one last year.

Her form has taken a dive and she has started to burn through coaches, and has slid to number 10 in the world after a disappointing Australian Open defence.

Those woes continued in the Fed Cup, where she lost 6-0, 6-3 before Carla Suarez Navarro piled the misery on Japan by beating Misaki Doi too.

“Honestly, it wasn’t even a match,” Osaka, who was clearly emotional, said after the match.

“For me I’m kind of dealing with some stuff and I couldn’t mentally get into the match. It’s sort of my fault.”

The defeat has certainly thrown a spanner in the works for Japan, who had banked on Osaka delivering the win.

“Our plan was for Osaka to win the first match, but she wasn’t able to play the way she wanted,” Japan captain Toshihisa Tsuchihashi said.

“Doi also lost in a similar way, but her opponent was great so I would like to congratulate her on that.”