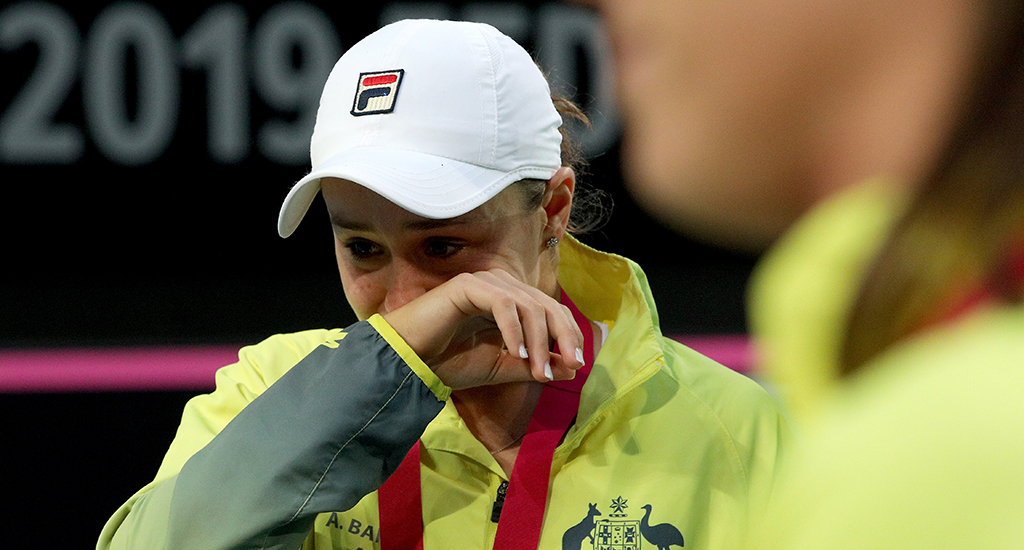 France have won the Fed Cup after Caroline Garcia and Kristina Mladenovic battled past Australia’s Ashleigh Barty and Samanta Stosur in Perth.

It was France’s third title, their first since 2003, and was certainly hard-earned with current world number one and French Open champion Barty paired with 2011 US Open champion Stosur in the deciding doubles rubber.

The hosts were vanquished, though, with France claiming a 6-4, 6-3 success.

Australia were challenging for a first Fed Cup title in 45 years but were on the back foot after world number one Barty lost 2-6 6-4 7-6 (1) to Mladenovic to give France a 2-1 lead in the tie.

Fed Cup debutant Ajla Tomljanovic, overwhelmed 6-1 6-1 by Mladenovic in the opening singles match on Saturday, then won 6-4 7-5 against Pauline Parmentier to level the final and force a decider.

Also on Saturday, Barty eased to a comprehensive 6-0 6-0 success against Garcia in the second singles rubber for her 15th consecutive Fed Cup win.

Australia made a good start in the deciding rubber, taking a 2-0 lead early in the first set. However, France broke back and a number of uncharacteristic unforced errors from both Stosur and Barty saw France take the first set.