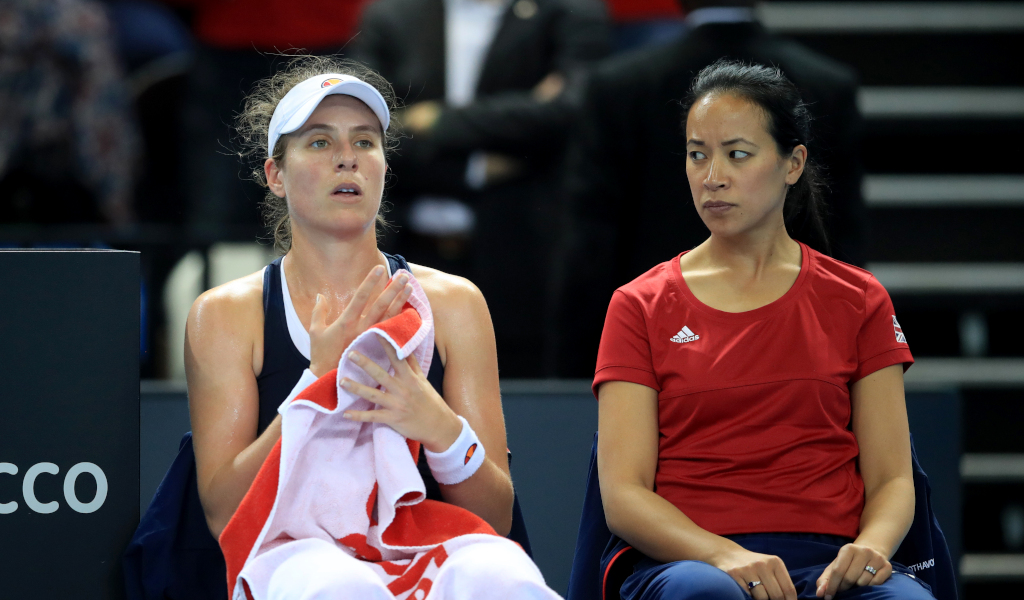 Great Britain won’t play in the inaugural Fed Cup Finals this year after they lost their qualifier against Slovakia and captain Anne Keothavong admits Johanna Konta’s absence was a big blow.

After a glorious run last year saw them reach the World Group for the first time since 1996, Great Britain needed to clear one final hurdle in Bratislava.

However, they went down 3-1 on Saturday as Harriet Dart’s defeat at the hands of Anna Karolina Schmiedlova handed Slovakia an unassailable 3-1 lead.

“You help make everything special for us!”

Heather Watson and Dart lost their opening singles rubbers on Friday, but the former gave Team GB hope of pulling off an incredible comeback as she beat Rebecca Sramkova 6-0, 7-5.

The win sent Slovakia into the new-look 12-nation Fed Cup Finals in Budapest, Hungary, in April while GB will have to come through a play-off in April if they want to feature in the 2021 edition.

Captain Keothavong, though, hoes to have British No 1 Konta back in action soon.

World No 14 Konta played a big role in the team’s surge last year, but opted to sit out the against Slovakia tie as she wants to reduce her workload.

“Without her this week, we certainly felt it, but it would have been tough even if she had made herself available,” Keothavong told BBC Sport.

Asked how she could persuade Konta to return, Keothavong replied: “Read the Art of Persuasion?! Naturally there will be another conversation with Jo to see if she can be persuaded, but like I’ve said before, once she makes up her mind on something she tends to stick to it.

“Maybe I’ll remind her about her heroic performances last year, and what she did on the back of those wins – maybe that might help her change her mind.”