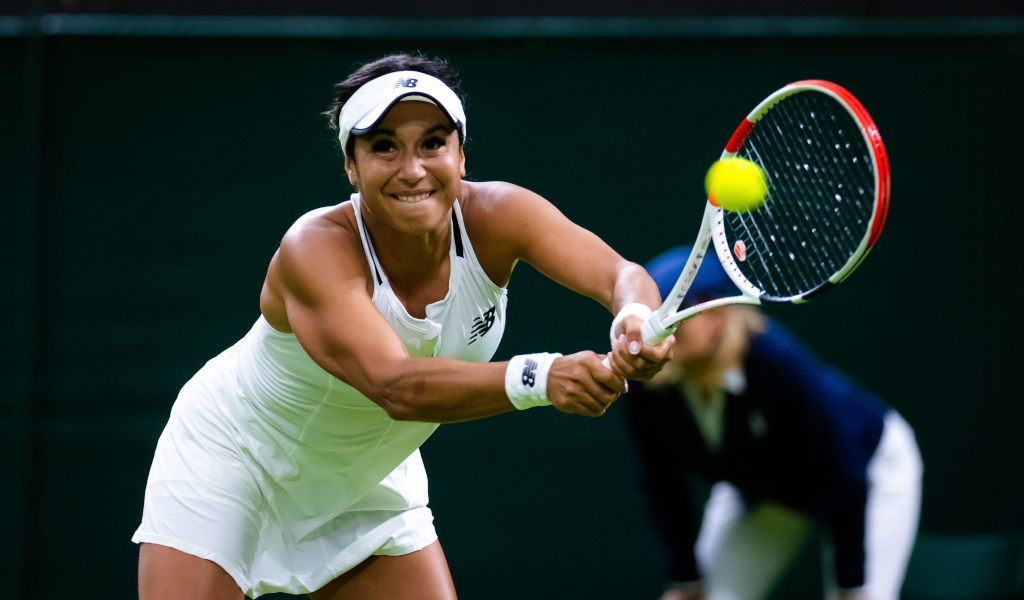 Heather Watson produced one of her best performances of the season to defeat Spain’s Nuria Parrizas Diaz and keep Great Britain’s hopes of progressing at the Billie Jean King Cup Finals alive.

The 30-year-old won the opening seven games of the match at Glasgow’s Emirates Arena and maintained her momentum to clinch a 6-0 6-2 victory over a player ranked 61 places higher.

Britain’s defeat by Kazakhstan on Tuesday coupled with Spain’s 3-0 success against the same opposition on Wednesday meant Anne Keothavong’s side went into the tie knowing they needed to win every rubber to reach the semi-finals.

Watson has had a poor season and it was no surprise that Katie Boulter was preferred to her as number two singles player on Tuesday.

But Boulter produced an error-strewn display in defeat to Yulia Putintseva and Watson quickly set about justifying Keothavong’s decision to sub her in, playing a near flawless first set in front of an improved crowd.

The veteran of the side having made her debut back in 2011, Watson never looked like faltering in the second set and eased to her 31st victory in the competition.

Australia became the first team to book their place in the last four with a 3-0 victory over Belgium.

Belgian number one Elise Mertens, who dashed to Glasgow after winning the doubles title at the WTA Finals in Texas on Monday evening, retired during the third set of her clash against Ajla Tomljanovic with a shoulder injury.

Belgium played their two matches before the Czech Republic, who had two players at the WTA Finals, contested their first tie, which drew criticism from captain Johan Van Herck.

“We were not helped by the situation,” he said. “What happened with Elise, I don’t think it’s very correct. It had a huge impact on what we had to go through here, especially Elise now with an injury.

“So it’s something where I think we, as a small country, have to pay a price for not being the Czech Republic that starts today or the US that can play in the evening.”

Canada will take on Switzerland on Friday for a place in the semi-finals after beating Italy 3-0, with Leylah Fernandez claiming a 6-0 6-0 victory over Martina Trevisan.