Johanna Konta recovered from a mid-match collapse to lead Great Britain to a dramatic win over Serbia on Saturday night.

The British number one spent more than 10 hours on court in the last four days, as Britain battled to the wins they needed against Greece, Hungary, and Serbia.

Saturday’s effort, though, against Serbia in the final of the round-robin tie in Bath, sees Great Britain enter a play-off for a spot in World Group II in April.

It was the first time a British Fed Cup team had played at home for 26 years, but Katie Boulter set them on the right path beating Ivana Jorovic 6-4 6-3 in opening singles rubber of the best-of-three tie.

Konta’s effort, though, was extraordinary, with BT Sport presenter Clair Balding revealing she had collapsed with exhaustion off-court between the second and third sets before somehow finding the resolve to close out a 7-6 (7-1), 3-6, 6-2 win over Aleksandra Krunic in second singles rubber. 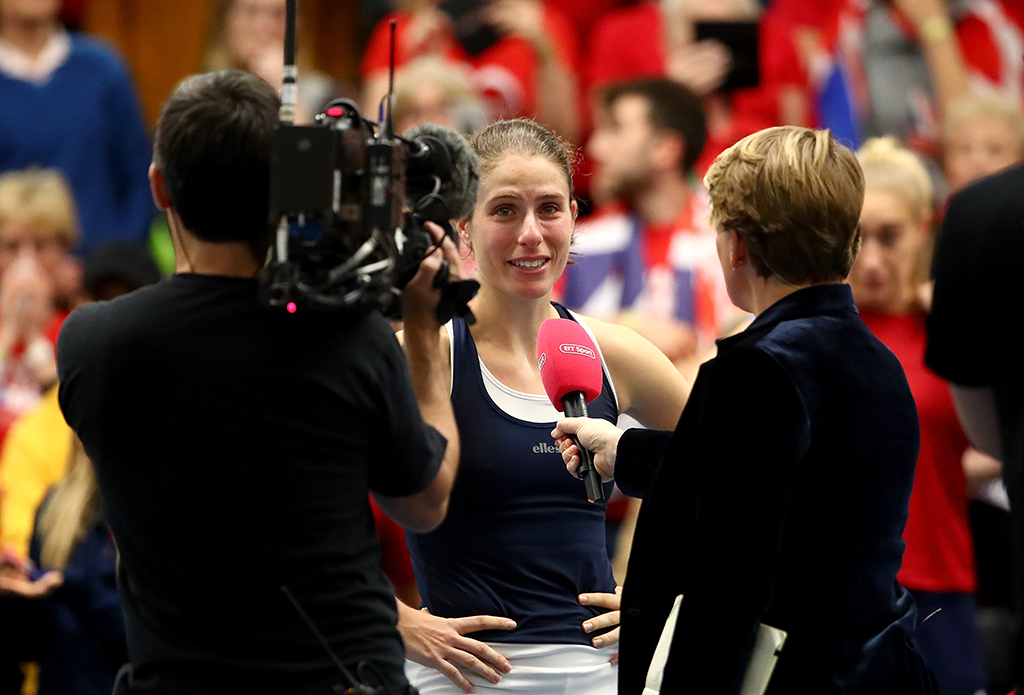 “It has just been an unforgettable week. Everyone has made it so special for the team,” British team captain Anne Keothavong told BT Sport.

“The guts, the courage by Jo and Katie today… Physically, if I could tell you what’s going on behind the scenes!

“These girls are so strong. I don’t know what to say. I’m just so proud.”

Konta initially declined an opportunity to speak as she recovered her energies, but emerged soon after to thank the crowd.

“I’m feeling pretty rubbish but it’s okay,” she said. “I didn’t get a chance to say thank you.

“It means a lot to everyone. Here’s to hoping for a home tie in April.

“Honestly, the only thought that I had was that if it was me out here than it would be another obstacle.

“I had to make sure she had to win it. I had to understand my limitations quickly and try to bring the most out of myself with what I had.

“I zoned in on looking on the ball which enabled me to strike the ball and place it where I wanted to.”