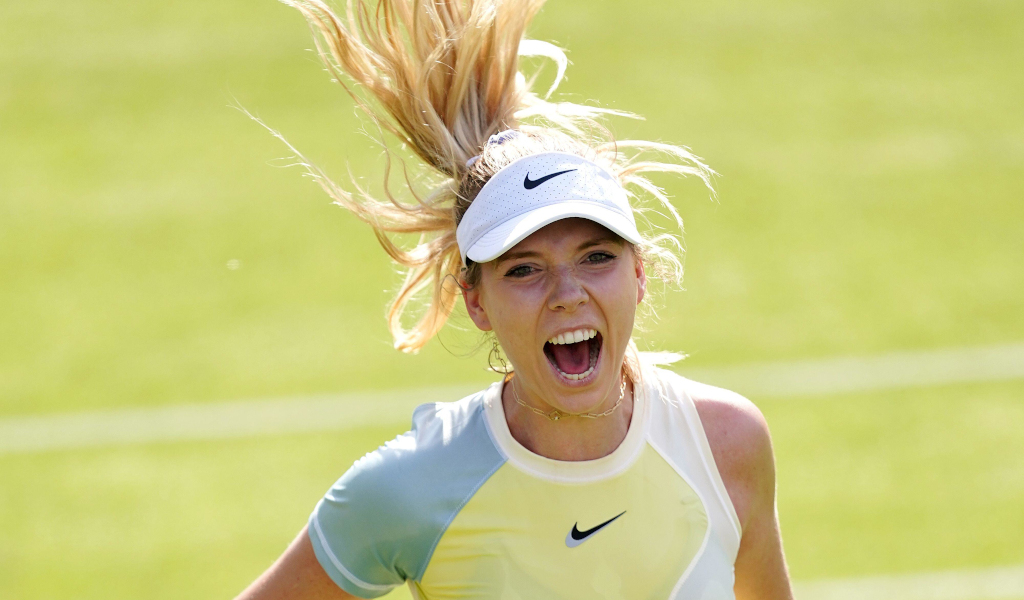 Katie Boulter hopes Great Britain can bring some “Emma Raducanu magic” to the Billie Jean King Cup Finals this week despite the absence of their biggest star.

The former US Open champion has not recovered in time from a wrist injury, leaving 95th-ranked Harriet Dart to lead the team against some of the best players in the world.

Britain will take on Kazakhstan, featuring Wimbledon champion Elena Rybakina, and Paula Badosa’s Spain in round-robin matches at Glasgow’s Emirates Arena, needing to win the group to progress to the semi-finals.

Each tie consists of two singles matches and one doubles, and Britain’s best hope may well lie with Boulter, who boasts seven wins and only one defeat from her eight singles matches in the competition formerly known as Fed Cup.

“I think it brings the best out of me,” said the 26-year-old. “It’s something you can’t replicate, it is bigger than you.

“I take a lot of pride in wearing the flag and, having a couple of those ties being in the UK, I’ve kind of already experienced what it’s going to be like, and I’m sure it’ll be even more so in Glasgow. I play for these moments and I’ll be relishing that.”

Boulter is ranked down at 130 but has proved, especially on the big stage, that her powerful game and fighting spirit can carry her to victory over much higher-ranked players.

On the grass this summer she claimed six wins over top-100 players, including beating 2021 Wimbledon runner-up Karolina Pliskova twice.

“What you always have to remember is every single player is human,” said Boulter. “You’ve just got to be better than the person on the other side of the net that day.

Britain earned their place as a wild card by virtue of hosting the event having lost a close qualifier against the Czech Republic in Prague in April.

That tie saw Raducanu make her senior debut for Britain, and the absence of the 19-year-old is undoubtedly a blow both on court and to the profile of the event.

Boulter said: “She’s a huge asset to our team and of course we all wish her well. Health is the priority and I hope she gets better. But it’s time for the girls to step up and I know they will. I have great belief in every single one of them.

“With a home crowd behind us, you never know what can happen. We love an underdog. Let’s hope we can bring a bit of Emma Raducanu magic to Billie Jean King Cup. We have no pressure, we have nothing to lose at all.”

Raducanu has experienced this season the negative side of her rocket to stardom but her incredible New York triumph in 2021 has given hope to her compatriots lower down the pyramid.

Boulter counts herself among their number, saying: “I think she’s changed everything. I think she’s given everyone a little glimmer of what it takes and also what can happen. I think everyone in the building is humming a little bit off that buzz. It gives them that hope that it can be them.”

The question for Boulter is less ability or potential but whether she can stay fit for the length of time needed to become at least a regular fixture on the WTA Tour.

A fatigue illness in her teens limited Boulter’s ability to train and building herself up has been a slow process marked by many setbacks, in particular a back injury suffered during a Billie Jean King Cup tie in 2019 when she had broken through into the top 100.

“It’s been well and truly a rollercoaster,” said the Leicestershire player. “I’ve just got to keep focusing on the right things. I genuinely believe that I will have my break.”

READ MORE: Billie Jean King’s advice to Emma Raducan ‘Get a psychotherapist and get away from people with agendas’