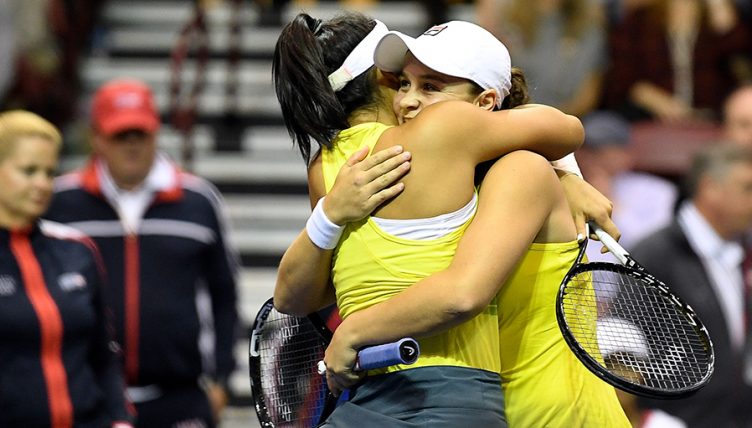 Simona Halep won a titanic Fed Cup tussle with Karolina Pliskova to lead Romania into the semi-finals, where they will be joined by an Ashleigh Barty-inspired Australia.

The former world number one won a two-and-a-half-hour epic against Pliskova 6-4, 7-5, 6-4 to put Romania one win away from qualification.

Romania are the first country to beat Czech Republic away from home in TEN years. The Czechs had won 11 straight home ties before today 😱

Elsewhere, Ashleigh Barty was Australia’s star player as they ground out an impressive 3-2 win over the USA.

Starting the day level at 1-1, Barty put the Aussies on the brink of victory by beating Madison Keys 6-4, 6-1, before Danielle Collins beat Daria Gavrilova to send it to a deciding rubber.

Barty was again the difference-maker, teaming with Priscilla Hon to score a doubles victory over Nicole Melichar and Collins.

“We’ve had a hell of a weekend and there’s absolutely nothing better than coming out and playing a live tie for your country,” Barty said.

In the semi-finals, Australia will face Belarus while France meet Romania.