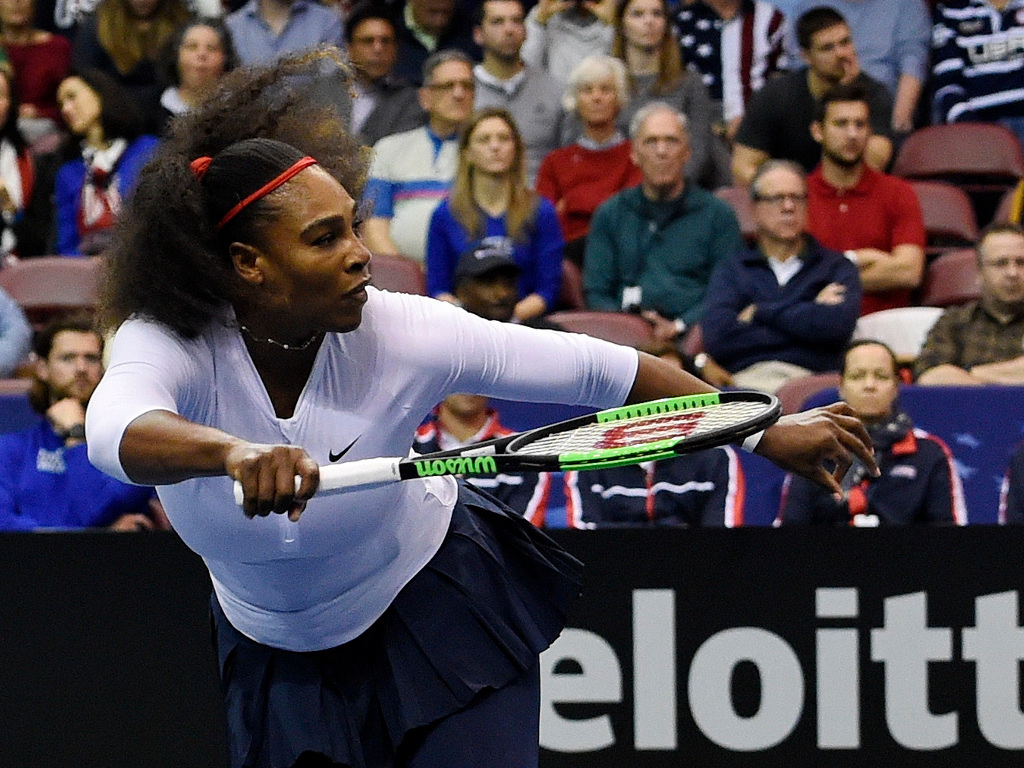 Defending Fed Cup champions, the United States, will have to do without the services of their big-name players in the final against the Czech Republic.

Serena and Venus Williams, Sloane Stephens and Madison Keys are all absent from the squad that will travel to Prague for next week’s final.

Captain Kathy Rinaldi has named an unfamiliar line-up with Danielle Collins the highest-ranked player at No 35.

Sofia Kenin (48), Alison Riske (63) and Nicole Melichar (No 15 in women’s doubles) are also included with Riske the only member to have previously played Fed Cup as she was part of the squad that won last year’s tournament.

The Czech Republic, meanwhile, have named a strong line-up that includes world No 7 Petra Kvitova and No 8 Karolina Pliskova, who both competed at last week’s WTA Finals in Singapore.

They will be joined by doubles No 1 Katerina Siniakova and No 5 Barbora Strycova.

The United States are looking to win the Fed Cup for the 19th time while the Czech Republic have won six of the last eight editions.