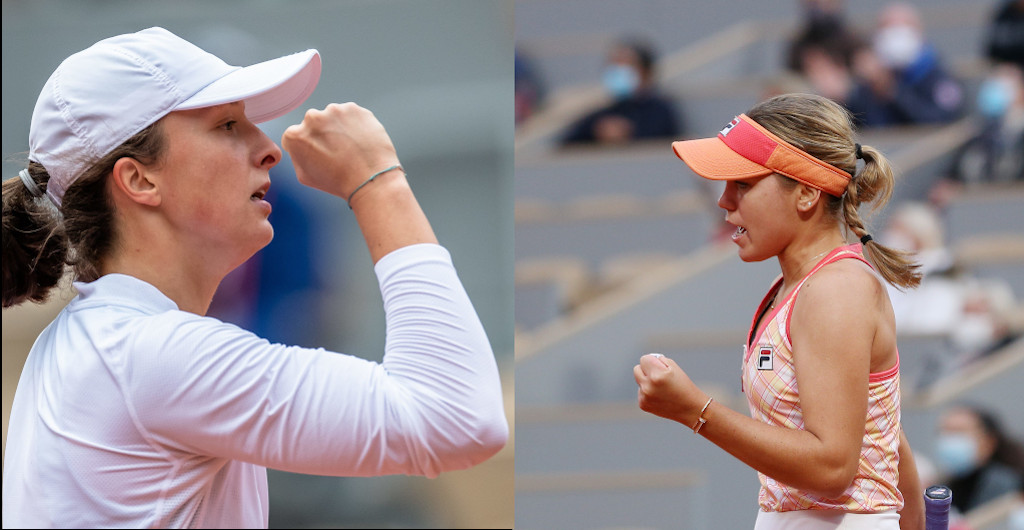 One player is looking to win a second Grand Slam in 2020 while the other is a first-time major finalist. Will Sofia Kenin be the last one standing after the French Open women’s final or will Iga Swiatek hold aloft the Coupe Suzanne Lenglen come Saturday?

Saturday’s final @rolandgarros between 21yo 🇺🇸 Sofia Kenin and 19yo 🇵🇱 Iga Swiatek is the 1st Slam final between two 21-and-unders since 2008 Australian Open (20yo Sharapova d. 20yo Ivanovic).

Reigning Australian Open champion Sofia Kenin made an inauspicious start after the enforced hiatus as she lost in the first round of the Cincinnati Masters despite being the second seed. She picked up some form at the US Open as she reached the fourth round before losing 6-3, 6-3 against Elise Mertens.

If her hard-court campaign got off to an inauspicious start, then her clay-court season got off to a disastrous start as she was beaten 6-0, 6-0 in the first round by Victoria Azarenka.

However, four weeks later she is in the final of the French Open and she has done it the hard way as five of her six matches have gone the distance. Yet, it all clicked in the semi-final as she beat seventh seed Petra Kvitova 6-4, 7-5.

From the sidelines as @SofiaKenin reaches her second Grand Slam final this year…#RolandGarros pic.twitter.com/iujpaQvtzO

As for her run to the Roland Garros final, the unseeded Pole started with a 6-1, 6-2 win over last year’s runner-up Marketa Vondrousova. Wins over Hsieh Su-wei and Eugenie Bouchard followed before the big 6-1, 6-2 demolition of top seed Simona Halep in the fourth round. Martina Trevisan and Nadia Podoroska were then swept aside as the teenager reached her maiden Grand Slam final.

Saturday’s final on Court Philippe-Chatrier will be the first WTA-level clash between Kenin and Swiatek, but they did meet in the third round of the 2016 Roland Garros Girls’ singles and Swiatek, who came through the qualifiers, beat the 10th seeded Kenin 6-4, 7-5.

Sofia Kenin: “I’ve already done it in Australia. I’ve had tough matches these past two weeks and I’m so excited to be in the final. It’s incredible. I’m going to enjoy this moment and get ready for the final on Friday.

“We played in juniors in the French Open. It was a close one. I’m going to prepare for the final and I’m going to do my best.”

“I have to figure out what she does. I’m sure she has a lot of confidence and is super excited for the final.

“I obviously want to make the next step. Really would love to take the title. We’ll see how it’s going to go on Saturday.”

Iga Swiatek: “I’m kind of surprised! I never thought before the tournament I would play so well. But I always knew that if I was going to make a final of a Grand Slam, it would be the French Open.

“This is what I planned to move. I wanted to play this match as if it was a first round. I didn’t want to think about being in the semi-final because it would stress me. I just kept being aggressive, like in the previous matches. I’m feeling lucky that I’m feeling good and nothing hurts.”

She added: “Usually, I’m that kind of player who is playing better under pressure. If I’m not going to choke up, I think everything will be fine.

“But there’s a reason why I was so efficient. Really I’m staying super focused. I’m not letting my opponents to play their best tennis. So I hope I’m going to do that on Saturday.”

The unseeded Swiatek is the bookies’ favourite to lift the Coupe Suzanne Lenglen on Saturday with the best odds you will get an 8/13. Bet365 has the Pole at 4/7 while Kenin is 6/4 at the same bookmaker. However, you can get 33/20 for the American at some bookmakers.

Swiatek is yet to drop a set this tournament and she is 7/5 at Betfair to win in two sets and 10/3 at BetVictor to win in three sets while 9/2 with Bet365 to win another three-setter.

See ya soon, Iga 👋@SofiaKenin passes the Kvitova test 6-4 7-5 to reach a first #RolandGarros final and improve to 16-1 in Grand Slams this season.#RolandGarros pic.twitter.com/MjHYqz2YYs

With the exception of the 2019 French Open final between Ashleigh Barty and Marketa Vondrousova, the young guns have had the upper hand in women’s finals in the past two years.

Although she is the bookies’ favourite, Swiatek is the underdog as it is her maiden Grand Slam final and only her second career final. She finished runner-up in the 2019 Ladies Open Lugano in Austria.

Kenin on the other hand will be playing in her seventh WTA singles final and she has won six of them, including a 4–6, 6–2, 6–2 win over Muguruza in this year’s Australian Open final.

In terms of experience Kenin is the clear favourite, but recent history has showed that it counts for nothing in the final as the younger player often comes out swinging without any pressure and if they end up losing it is a case of “finishing runner-up in a final is not too bad”.

If the final is a two-set affair then you expect Swaitek will hold aloft the Coupe Suzanne Lenglen come Saturday afternoon, but if it goes the distance then Kenin is likely to be crowned champion.