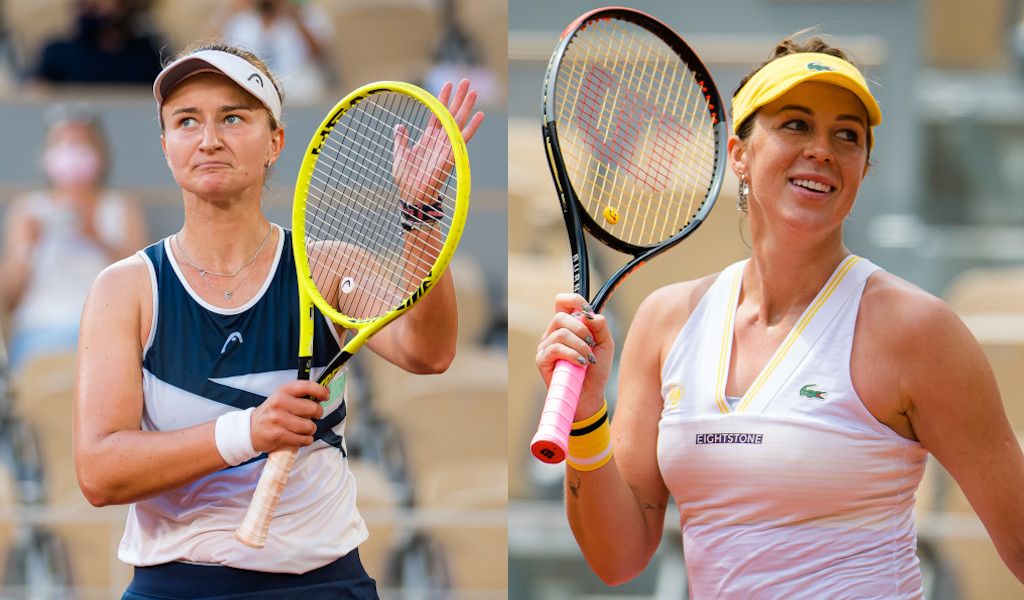 Another first-time Grand Slam winner will be crowned on Saturday when Barbora Krejcikova and Anastasia Pavlyuchenkova meet in the 2021 French Open women’s final, but will the Czech be the last woman standing at Roland Garros or will Pavlyuchenkova become the fourth Russian to win a major?

The final is set. #RolandGarros pic.twitter.com/CVTFxdqUHB

Her run at Roland Garros has taken everyone by surprise as this is only her fifth Grand Slam main draw appearance. However, she is a doubles Grand Slam winner as she won the French Open and Wimbledon women’s doubles in 2018 and is also a three-time Australian Open mixed doubles champion.

After winning three junior Grand Slam titles, Pavlyuchenkova didn’t live up to the hype after turning professional. Having climbed to No 13 in the WTA Rankings in 2013, the Russian failed break into the top 10 and must have thought that was that. However, in recent years she reached four major quarter-finals only to come up short.

On Saturday she will look to follow in the footsteps of Svetlana Kuznetsova, Anastasia Myskina and Maria Sharapova and become Russia’s fourth French Open champion.

What would @NastiaPav’s 14-year-old self have to say about her #RolandGarros final run?

The answer is simple. 😬😂 pic.twitter.com/CsyP8aAOj9

Krejcikova’s form on clay in the recent months has seen her peak at the perfect time as she headed to Roland Garros on the back of winning her maiden WTA Tour title in Strasbourg a fortnight ago while she also reached the last 16 of the Italian Open, beating Sofia Kenin in the second round before falling to Iga Swaitek.

As for her journey in Paris, she claimed the big scalp of fifth seed Elina Svitolina in the third round with a comfortable 6-3, 6-2 win while she also saw off the challenges of former US Open champion Sloane Stephens in the fourth round and teenager Coco Gauff in the quarter-final.

Her marathon 7-5, 4-6, 9-7 win in three hours and 18 minutes over Maria Sakkari in the semi-final saw her save a match point in the decider.

Pavlyuchenkova played only two events on clay before the French Open and she reached the semi-final in Madrid before losing against the in-form Aryna Sabalenka while she made a first-round exit in Istanbul.

At Roland Garros the Russian stunned one of the pre-tournament favourites Sabalenka in round three, winning 6-4, 2-6, 6-0 while she also beat former world No 1 Victoria Azarenka as well as Serena Williams’ conqueror Elena Rybankina en route to the semi-final. In the last four she beat another surprise semi-finalist in Tamara Zidansek.

This will be the duo’s first-ever WTA Tour-level meeting.

“Anastasia, she’s really good player, really experienced. She’s in a final, so she must be on a roll, playing well. I just think it’s going to be a lot of fun. I’m just really going to enjoy it because I was never expecting to actually be this far during this tournament. I’m just going to have fun and just going to enjoy and fight until the end.” – Barbora Krejcikova

“I would love to go further and to get more. I’m happy, but I’m still focused and I feel like I can do better maybe. That’s what I want at least. Definitely trying to soak this in and enjoy as much as possible this very special moment for me.” – Anastasia Pavlyuchenkova

Barbora Krejcikova is the slight favourite with the bookies to lift the Coupe Suzanne-Lenglen come Saturday afternoon in Paris as you can get her at 4/5 at Planetsportbet.com while Anastasia Pavlyuchenkova is evens.

You will get a bit more value in set betting as both players are 7/2 to win a three-setter.

If you are looking to go really big then maybe put a few bucks on either player winning a set 6-0, something which happens often in women’s tennis. Krejcikova is 22/1 to win the first set 6-0 while Pavlyuchenkova is 33/1 to bagel the Czech.

It is a difficult one to call as the momentum appears to be with Barbora Krejcikova, but on the other hand Anastasia Pavlyuchenkova has a little bit more experience during the latter stages of Grand Slams.

Before this year’s tournament in Paris, Krejcikova had played in only four main draws at majors whereas her opponent on Saturday is a veteran of 52 Grand Slams (including the 2021 French Open) having reached six quarter-finals.

As Maria Sakkari found on Thursday, experience and nerves do count when it comes to the business end of majors as one mistake could cost you a match.

The bookies have Krejcikova as the slight favourite, but that little bit of experience will count for a lot come Saturday so we are going with Pavlyuchenkova.