A moment in time: Andre Agassi’s third coming at the French Open in 1999 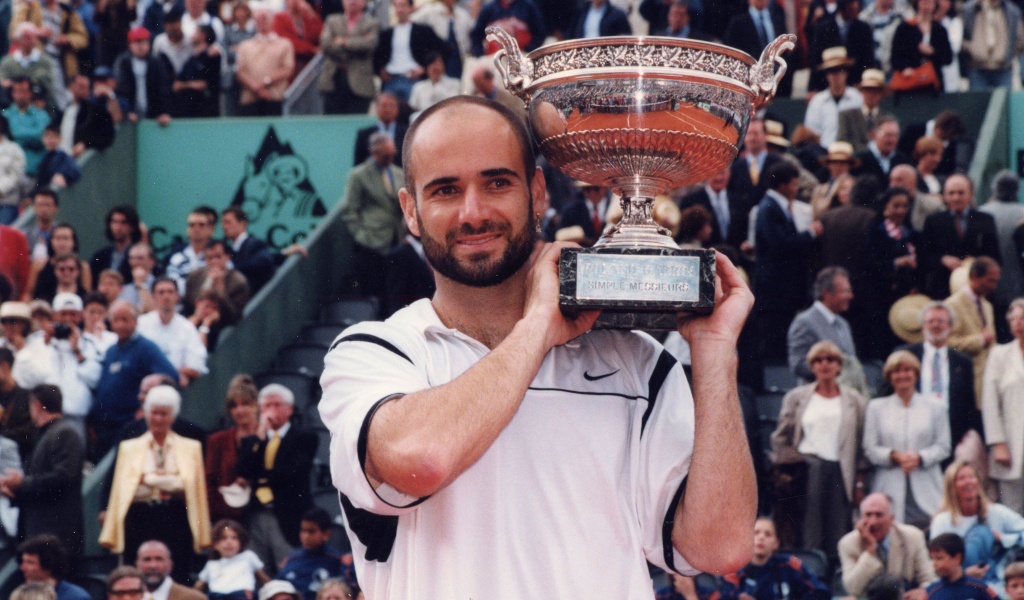 Rafa Nadal has just turned 36 as he looks to claim a 14th crown at Roland Garros. Andre Agassi eventually retired at the same age, but finally triumphed in Paris at the third time of asking almost 23 years ago to the day.

“I play tennis for a living, even though I hate tennis, hate it with a dark and secret passion, and always have.” Andre Agassi wrote these transparent but stinging words in his autobiography Open in 2009. If ever there was a player who made tennis more Hollywood in the face of straight-faced method actors, then Agassi was that guy. He missed Wimbledon for three straight years before turning up in nice clean whites and winning the thing in 1992. Not bad for a player who once baulked at tradition and said: “I always found that the more I practised on grass, the worse I became.”

Agassi won three Grand Slams in his first stint as a real contender before life, drug-related recreational activities and that rather strained relationship with the game had almost destroyed him. By 1997, he had slumped to number 141 in the world, his lowest ranking in a decade. 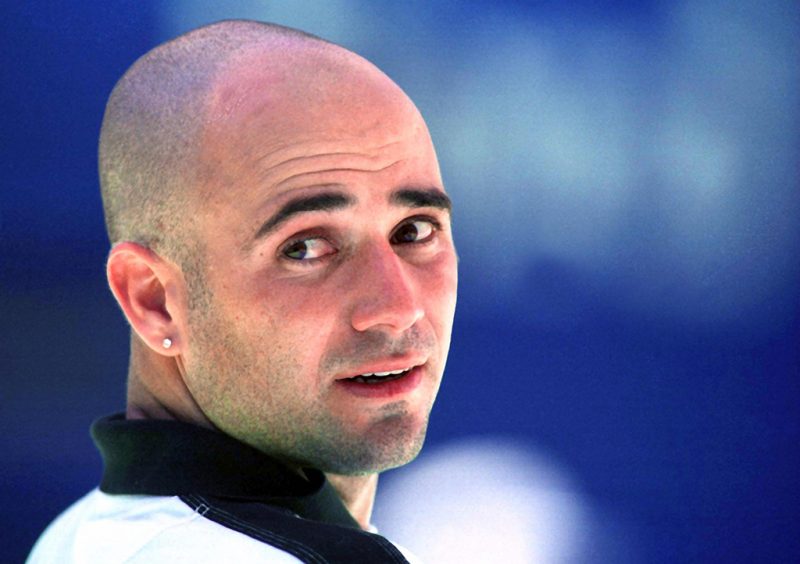 He joked: “My only good result in 1997 was marrying Brooke Shields.” That was to turn sour too. If ever there was a film waiting to be made about rock bottom and redemption, the eventual eight-time major winner was a subject so much bigger than hitting new balls across a net.

The long road back to the top was a decision the American had to take in his head. He entered the Challenger Tour, the equivalent of playing street corners after holding an audience of thousands: “I’ve taken a two-year sabbatical, but that doesn’t mean I can’t turn it around and start changing my work ethic,” said the Las Vegas kid turned mid twenty-something. “Every match feels important to me now.”

By the end of 1998, he was, remarkably, back in the world’s top 10. As he approached Roland Garros, there was no real expectation to reverse the heartbreak of the two consecutive final losses endured in 1990 to Andres Gomez and 1991 to Jim Courier.

Agassi admitted “that ship had sailed” in respect of success on the red clay.

Nevertheless, Agassi Mk II made it past home boy Arnaud Clement in the second round in five which gave him the belief to kick on. He dropped only two more sets on the way to the final, including victory over holder Carlos Moya.

Waiting for him was Andrei Medvedev, a former teen prodigy and number four in the world who had slipped to number 100 in the rankings. Fatefully, he was about to quit the game a few months before until he was talked out of it by the guy who was about to stare him down on the other side of the net. Agassi remembered the words uttered: “How dare you? Here I am, 29, injured, divorced, and you’re [complaining] about being washed up at 24? Your future is bright.”

Medvedev had earned his passage having defeated world number two Pete Sampras and Gustavo Kuerten, who was one of the favourites, in the quarter-finals.

The younger man started like a French bullet train, taking the first set 6-1 in 19 minutes. The American recalled that motivational conversation at Monte Carlo which had stopped the Ukrainian from throwing the towel in and thought: “He’s doing everything he’s supposed to do, everything I told him to do.”

The Agassi comeback trail looked certain to hit the buffers for the third time at Paris and in the most brutal manner possible. A heavy defeat in a major final would surely inflict lasting damage rather than provide a springboard for a second coming. This was punishment meted out to the Punisher: “Although I could have lived with it, losing would have been devastating to me.”

A 20-minute rain delay stunted the procession in the second set and at least provided the opportunity to speak with coach Brad Gilbert. Agassi braced himself for a volley of words from the firebrand author of Winning Ugly. Those words never came. Agassi was stunned at the lack of reaction: “It was so quiet – I thought all was lost. I looked up and asked, ‘Really Brad, you’re going to wait for this moment to finally shut up?”. Gilbert told him to “go down with both guns blazing” before opening a locker and slamming it shut.

It hardly had an instant effect as his charge lost the next 6-2. However, that moment finally came in the third at 4-4 and 30/15 on his serve, when Agassi hit two straight double faults. Gilbert recalled: “He hit a second serve right on the line, came in on the second ball, and he had to hit an unbelievable shoestring volley.” It was the spark that brought the power surge to change the match and challenge the dominance and doubts of the man from Kyiv.

Medvedev was still serving aces but was now being outplayed when points were played out. The narrative had swung to the magician’s racket and his box of tricks was on full display from the searing backhand returns, reducing his opponent’s power and moving him around from side to side like a rag doll. It was the whole shebang for the next three sets which the American won 6-4, 6-3, 6-4. 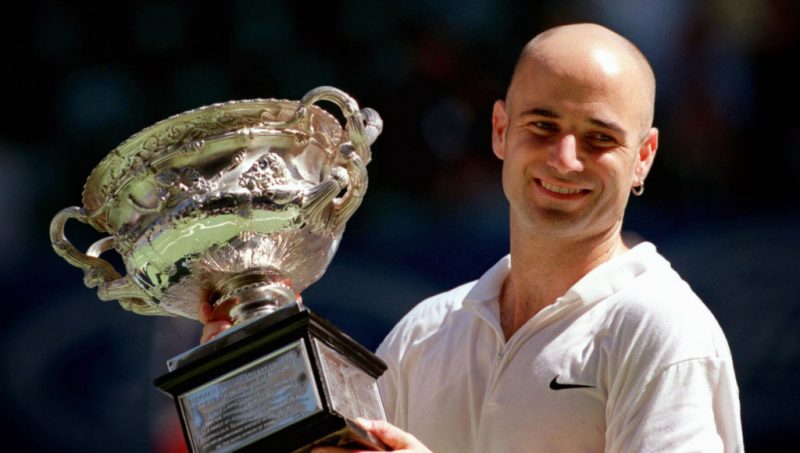 With his victory in Paris, Agassi became the fifth man to win all four events in the Grand Slam of tennis. The upstart who had clashed with tennis authorities over colourful clothing, music during changeovers and crystal meth was now up there with the traditional greats of the game. It was a coming of age from the street kid to the statesman, a legacy about the higher value of competitive sport that he would carry with him after his career.

Agassi went over and hugged his defeated opponent who displayed outstanding humility. Medvedev said. “I feel that I had a legitimate chance to win. But inside, I’m smiling. I’m happy.” He retired two years later in 2001. In the same timeframe, Agassi added three more majors in a renaissance that would only end at 36 years of age in 2006.