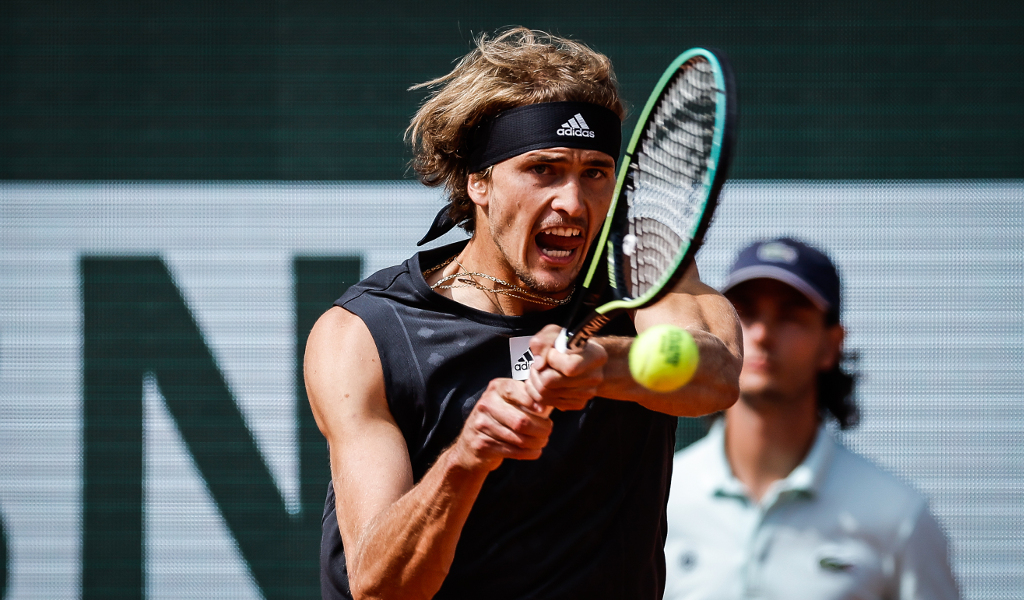 Prior to the match, Zverev spoke of how he was perhaps somewhat underappreciated as opposed to Spain’s man of the moment, but showed his credentials and his nerve in a high-profile match.

In ending Alcaraz’s 14-match unbeaten run, Zverev also earned his highest-ranked victory at a Grand Slam and a place in the last four at Roland Garros for a second successive year.

Zverev was the quicker to settle, as Alcaraz perhaps struggled with nerves, as the players traded services games.

In a long fifth game, the German was the first to break serve and held on to the advantage to claim the first set.

Alcarez played aggressively but clearly had problems in the initial stages, with his service percentages down while making 16 unforced errors as opposed to Zverev’s seven in the opening stanza.

The second set followed much the same pattern, with the third seed seemingly controlling the pace of the game, as the Spaniard tried to hit impose himself on the match.

Zverev broke serve in the seventh game and again held onto the advantage to claim the second set by the same score.

Again Zverev had the better serving percentage and hit more winners, while Alcaraz once again made a huge number of unforced errors.

The tempo of the match took a different turn in the third set as Alcaraz finally found some rhythm and more of his attacking shots found their mark.

The sixth seed got himself on the board when he broke in the 10th game to win the third set.

The match really stepped up in quality in the fourth set, with both players hitting their strides, although the feeling inside Court Philippe-Chatrier was that the momentum was perhaps with Alcaraz.

As the players traded blows, and the stakes continued to increase, the Spaniard made a costly double fault in the ninth game and out of the blue, almost, Zverev was serving for the match.

Whilst Alcaraz showed his tenacity and Zverev perhaps felt the pressure, he returned the favour and lost her service game inside two-and-a-half minutes.

Back in the final 4️⃣@AlexZverev defeats Carlos Alcaraz 6-4, 6-4, 4-6, 7-6(7) to advance to his second successive semi-final in Paris.#RolandGarros pic.twitter.com/dajAihyAOP

A tie-break followed where both players had their opportunities until Zverev was able to capitalise on an Alcaraz mistake to book his place in the semi-final.