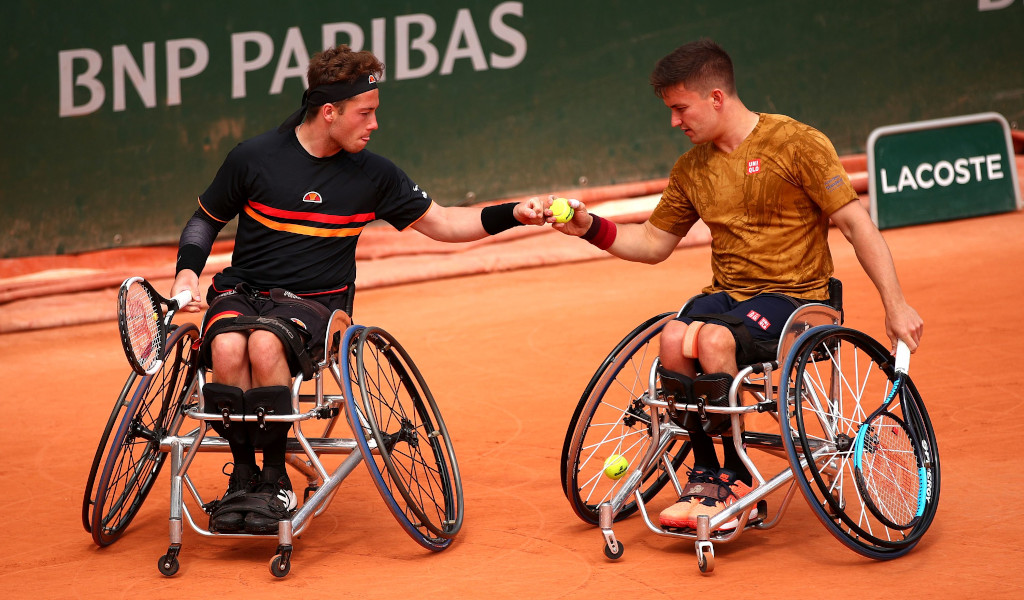 The top seeds defended their title with a 7-6 (7-5), 7-6 (7-5) victory over Shingo Kunieda and Gustavo Fernandez for a 10th consecutive Grand Slam doubles crown.

The match was due to take place on Saturday but was postponed due to rain.

Hewett, 24, from Norwich, said: “What a battle that was out there today.

“It was probably some of the best wheelchair tennis we could have put on today. Now I’m looking forward to the grass-court season ahead.”

Scot Reid, 30, added: “Thanks to Alfie as always, he worked hard for me today.

“I’d like to say a big thanks to our team. They do a lot of work behind the scenes to help us perform well.”

Women’s singles runner-up Coco Gauff had to settle for second prize again as the 18-year-old and fellow American Jessica Pegula were beaten in the doubles final by French duo Caroline Garcia and Kristina Mladenovic, 2-6, 6-3, 6-2.