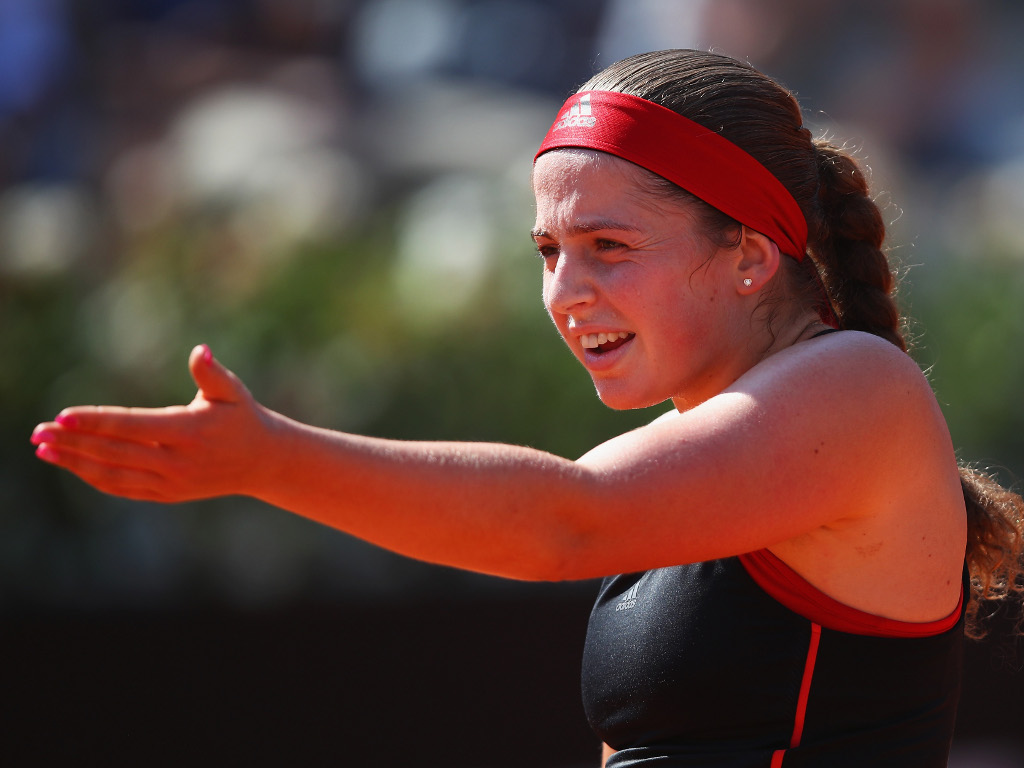 Jelena Ostapenko started her Sunday a bit “p****d off” and things didn’t get better as she exited the French Open a few hours later.

World No 67 Kateryna Kozlova of Ukraine claimed the biggest win of her career as she beat the Latvian 7-5, 6-3.

The defeat means Ostapanko is only the second female defending champion after Anastasia Myskina in 2005 to lose in the opening round at Roland Garros.

The 20-year-old admits she didn’t start her day in the best of fashion.

“It’s more personal, but, just in general… Just woke up, you’re like, your mood was not amazing, you just woke up and kind of some things went wrong, and then you are kind of p****d off, in the practice you’re p****d off,” she said.

Ostapenko, who came into the tournament with a leg injury she picked up in Rome last week, didn’t help her cause as she made 48 unforced errors.

“I think it was terrible day at the office today for me,” the 20-year-old said. “I mean, in general I played maybe like 20 percent of what I can play. Made like 50 unforced errors and so many double faults. Like, couldn’t serve today. Everything together just brought me really bad result.”

She added: “I think in the beginning it was okay, but then it just got worse, like, I felt that I’m not myself today on the court.

“I was just trying to manage and fight until the last point, but she was playing very defensive, and I was just making so many unforced errors, which I normally don’t do.”