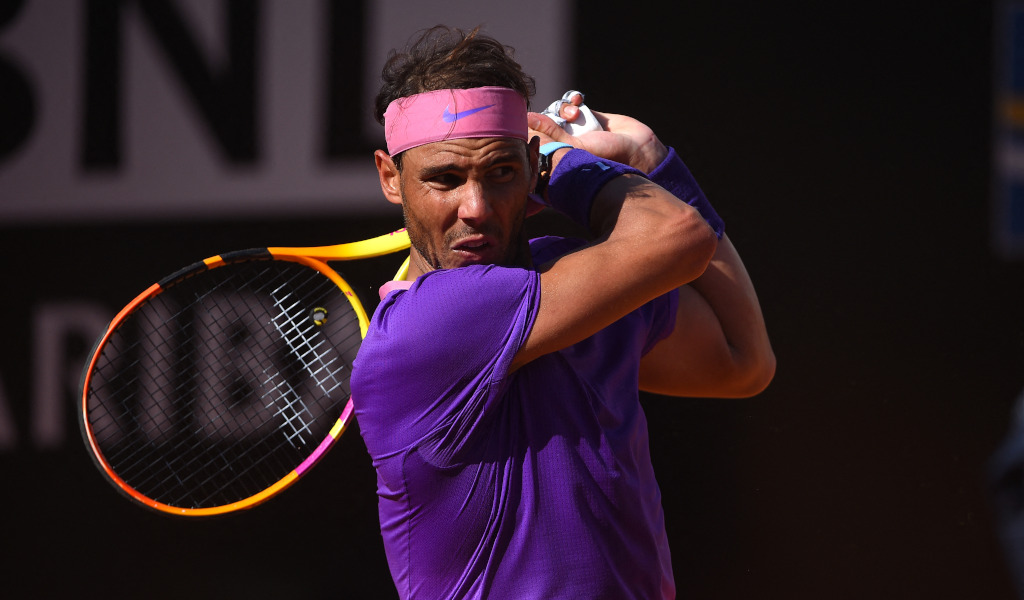 Boris Becker believes Rafael Nadal could be vulnerable at the French Open later this month, after suggesting he has shown signs of weakness on his favoured clay courts in recent months.

The 13-time Roland-Garros champion has long established himself as the greatest clay-court player of all time, but he was beaten by Andrey Rublev at the Monte-Carlo Masters in April and then fell to Alexander Zverev at the Madrid Open, before fending off match points in the Italian Open against Denis Shapovalov on Wednesday.

That has inspired tennis legend Becker to suggest Nadal might not be invincible at the French Open, after his stunning dismantling of Novak Djokovic in last year’s one-sided final.

“I’ve never seen him as strong as he was in last year’s French Open final against Novak Djokovic. But tennis is fleeting, only the next match counts,” Becker told Eurosport’s tennis podcast.

“Nadal has a passport and it says age 35 from June. Let’s talk about Nadal 2020 for now: This year I haven’t seen him as strong on clay as last year.

“If he doesn’t win Rome now either, he can’t come to Paris with an incredible amount of confidence.

“Yes, he has won the tournament 13 times, but I didn’t find him that dominant yet this year. Even in Barcelona he had to go over three sets – he didn’t win that as dominantly as he has in the past.”

Zverev’s elder brother Mischa echoed Becker’s sentiments, as he suggested Nadal has struggled to assert his authority on clay this year.

“You have to firmly believe that your tactics are right against Rafa,” the German stated. “You have to use these tactics and always try to make the right decision on the court – and if possible over five sets.

“Then you can hope that Nadal gets nervous. That can happen in five-set matches – maybe less so in Paris, but I’ve seen it happen on other courts. That’s when he misses his forehand twice at 4:4 and 30:30 in the fourth or fifth set, if you’ve made him get nervous at that point and think about his game.

“You have to be strong in your head, be confident and believe in your own game. And you have to know exactly how to beat him. Tactics are very important against Nadal. As soon as you feel like you want to fight Nadal’s forehand with your own forehand, you don’t have a chance, because Rafa’s forehand is just more dangerous on clay, has more spin and everything.

“Only when the others are so good that Rafa no longer dares to play certain shots faster or closer to the lines, then he starts to think. Example Stefanos Tsitsipas: If Rafa knows that Tsitsipas’ weakness is his backhand, he will confidently work on his backhand until it collapses.

“Now, however, Tsitsipas is moving much better this season. So Rafa has to be more careful how he plays his own forehand, because if it’s not perfect, Rafa suddenly has the problem. In this way, the gap between Rafa and the other players on clay shrinks. That can happen this year and Sascha is someone who can cause that in my eyes.”