Carlos Alcaraz ‘has a real shot’ at winning French Open, but urged to manage his clay schedule 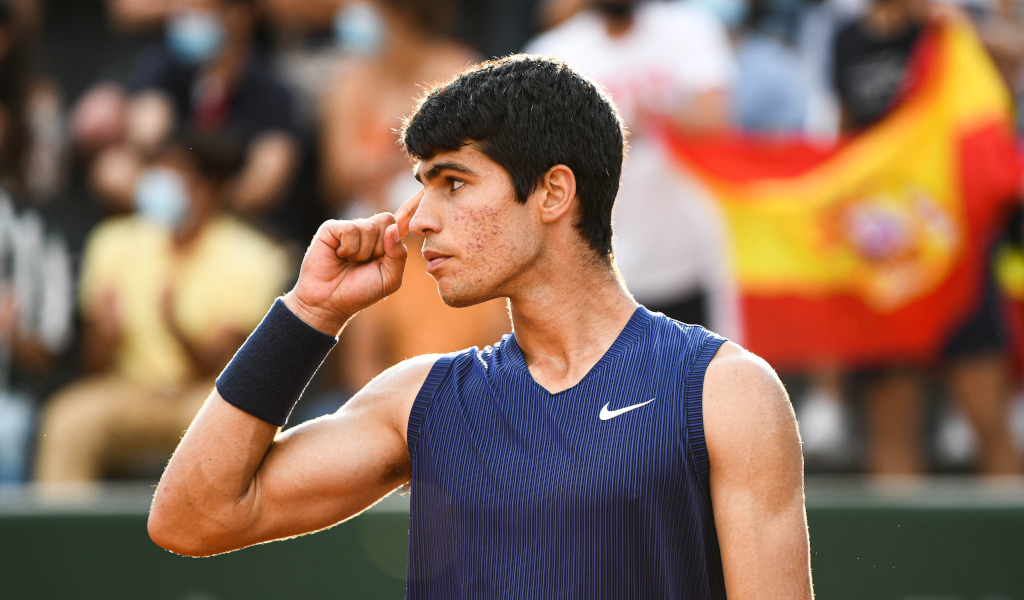 Carlos Alcaraz is among the “top three-four” favourites to win the French Open, but he needs to manage his clay-court schedule in order not to be burnt out by the time the tournament arrives, according to Alex Corretja.

The 18-year-old Alcaraz is the toast of men’s tennis after he won his first ATP Masters 1000 title on Sunday, defeating Casper Ruud in the Miami Open final to become the youngest champion in Florida and also the third youngest – after Michael Chang and Rafael Nadal – to win a Masters title.

Many have tipped the Spaniard to go on to win bigger and better things – including winning Grand Slams and becoming world No 1 – although most have also pleaded for patience.

Former world No 2 Corretja, though, has gone as far as stating that Alcaraz could win this year’s French Open, but has warned that the teenager needs to make sure he peaks at the right time on clay.

“He has got a real shot of winning Roland Garros, for sure. He is going to be among the top three-four players to win the tournament,” he told Eurosport.

“We need to see how the clay-court season goes, but definitely, right now, nobody likes to play against him, for sure, because you know that you will suffer. You see a guy that is flying on the court, he hits the ball hard, he defends well, and of course, you see that he is going to fight until the end.

“He has proved that his emotions… he is controlling them very well. Even if it’s a tie-break in the third [set], in very close moments, he knows how to deal with that. He is acting like he has lots of experience, but he is still very young. So that shows that he is very smart, very clever. He is very professional.

“This is a good hope for the future of tennis to see that you have guys that can be very humble, but at the same time, they can be very ambitious. This is a great combination to become a big champion.

“He needs to get different moments. The clay-court season is going to be very important to see how many matches he wins and how he gets to Roland Garros not being toast because he has been playing so many matches, and he has been winning most of them.

“Now, he needs to control his calendar, he needs to know where he wants to be at his peak, and he is only 18. So you have got this freshness of ‘okay, I can go with whatever they send me, they throw me’, but also, you need a little bit of experience that he still doesn’t have. But he is earning experience every day. So I think he is going to be ready for whoever he faces. It doesn’t matter if it is [Novak] Djokovic or Nadal, if it is [Alexander] Zverev or [Stefanos] Tsitsipas or whoever, I think he is ready.

“But of course, it is not a question of putting pressure on him, it is a reality. He is showing that he is ready, and when you are ready, that means that your level, it is high and it is big. So I think this is big news when they give you this sort of responsibility of being a good champion.”

Alcaraz started the 2021 season just inside the world top 150, but he won his first tournament and also reached the quarter-final of the US Open to finish the campaign at No 32. He is now up to No 11 in the ATP Rankings on the back of his Miami Open title run.

Corretja highlighted some of the key features of his compatriot’s game.

“What he has been doing is nearly a miracle because he has been improving so much. He was 300 in the world a few years ago, last year he was 100 and now he is 11. So his jump is just huge, which is very surprising,” he said.

“Even if you see that he has got great talent and determination to be aggressive and to play well, the way he is playing – not only on clay but on hard courts – and the consistency he is having is impressing me so much.

“He played in Rio, he won; he came to the Davis Cup on clay, then he flew over to play in the semi-finals of Indian Wells, and now winning in Miami. This is something big and this is something very special. We understand that we need to look forward because he is going to be unbelievable in the present, and of course, in the future.

“His consistency is just amazing because he is moving extremely well, he is very aggressive. His forehand is huge, but his backhand… he has improved so much: he plays flat, and he can change to go down the line.

“Of course, when he is just running towards the ball he is very explosive. He is improving his serve, but still, this is the part of his game that he can still improve a lot. He is brave, he likes to attack, but he also likes to defend. He doesn’t care to defend so he is finding a big combination to become an unbelievable, great player.

“He can dictate, but at the same time, when he needs to defend and hang in there, he does. This is something that not everyone has. Alcaraz, for sure, has got both, so this is unbelievable, and his attitude, it is always great, it is always positive and always with good character. So this is something I believe is very special.”